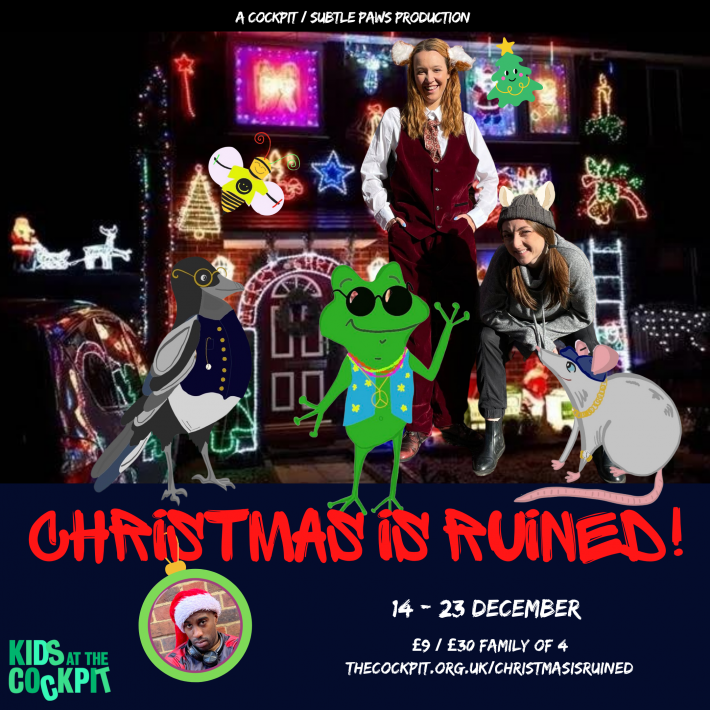 This event is part of:
Kids At The Cockpit

Produced and presented by The Cockpit
In association with Subtle Paws

CHRISTMAS IS RUINED! returns to The Cockpit - with an all-new cast - after its critically-acclaimed run was cut cruelly short during 2020's December lockdown.

"... told with a lot of playful charm" - The Spectator

It’s Christmas Eve in London and all the children are tucked up in their beds. Bo is lying there in a big huff. He’s just found out there won’t be many presents this year, so obviously this means that Christmas is RUINED!!

Someone else is still awake. An inquisitive, smartly dressed Fox is going through the bins on the estate, trying to work out what all the lights and singing and parties are about.

Christmas? What on earth is that? Maybe Bo can help?

And Fox isn't the only one who wants to know what the big deal is. All the other critters on the estate want Bo to explain the meaning of Christmas too.

Is Christmas ruined? There’s only one way to find out!

Climb aboard as we whizz off on a jingle-belled, fun-filled adventure with a host of hilarious, larger-than-life characters, eye popping acrobatics, and a generous dose of theatre magic.
Sing and dance along with Fox and his friends, as Bo teaches the animals how to be festive.

All performed in the round.

With Makaton and lots of sensory participation. 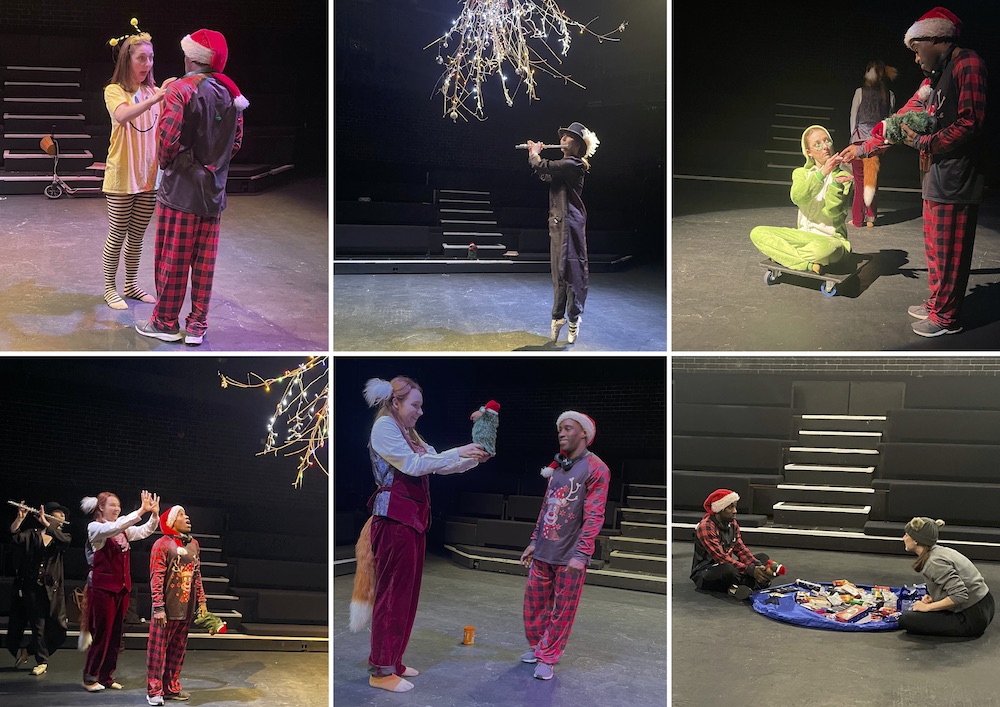 Written and Directed by Kathryn Gardner

PLEASE NOTE: Due to the need to follow isolation guidance, Eric Mitchell is no longer able to appear in this production.

The rold of BO will be played by Jessie Waterfield. 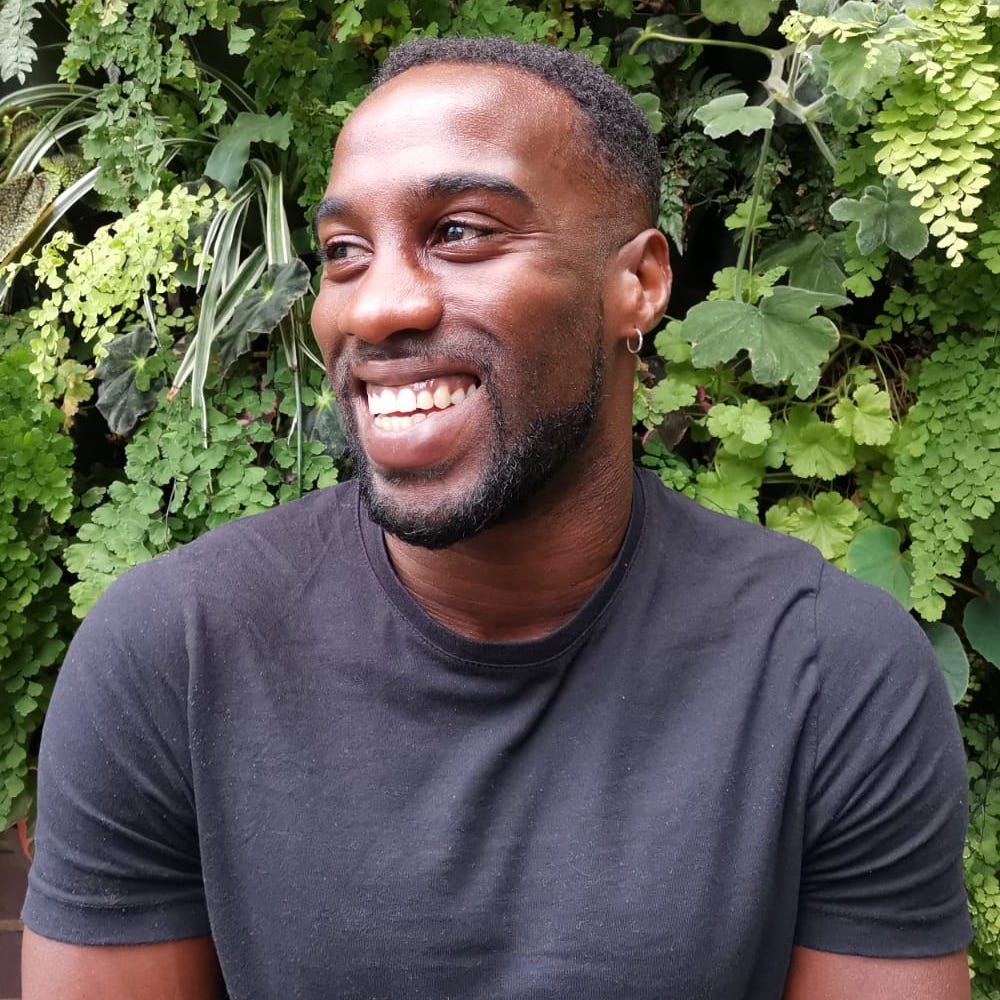 Eric Mitchell's Professional career started in 2011 after graduating from East15 with an Acting and Stage Combat degree.
Since then  he has lived and performed  around the world in many different large scale shows, in China, Mexico, Malaysia, Saudi Arabia and many others.
Skills include Parkour, Dance, Stunts, Circus, Martial arts & Tricking. 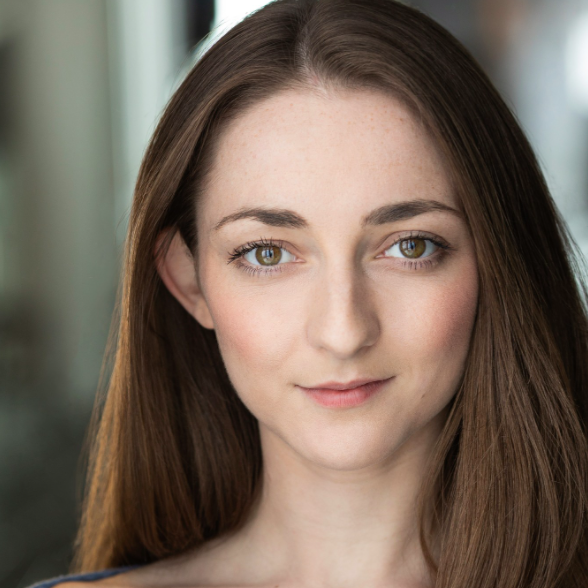 Lizzie grew up in York and moved to London to train at The Urdang Academy before going on to earn her MA in Music Theatre at the Royal Central School of Speech and Drama.

As a performer, Lizzie has worked on a wide variety of productions from dance and musical theatre, to actor-musicianship and classical theatre. Roles have included Kelly Kapowski in Bayside (The Other Palace Theatre), Antigone in Antigone (AOD), Dick Whittington in Dick Whittington (Market Theatre Hitchin), Myrrhine in Lysistrata (UK Tour), and most recently Alice in The F*ck Am I Doing streamed online for Brighton Fringe. Lizzie also runs Action Dance Collective CIC and ADC Stars school of Performing Arts in North London, and enjoys bringing dance and theatre opportunities to the next generation. 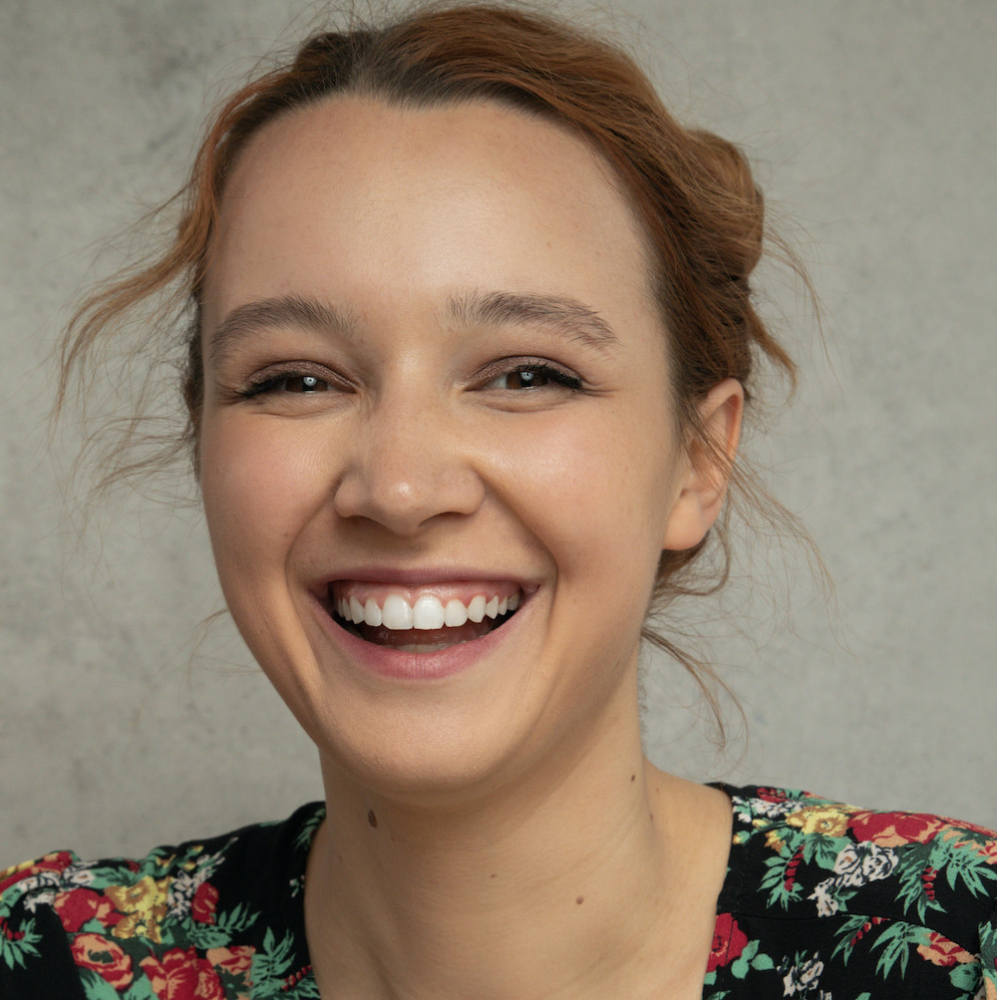 Eloise trained at Manchester School of Theatre before graduating in 2019. Her recent theatre credits include ‘A Christmas Carol’ and ‘Wind in the Willows’ at Stoller Hall, ‘Spade’, a production which she co wrote and directed at The Actors Centre and touring ‘Snow Queen’ and ‘Robin Hood’ with Hobgoblin Theatre Company. Eloise has spent much of the last year working with children and is very excited to be part of such a vibrant show this Christmas. 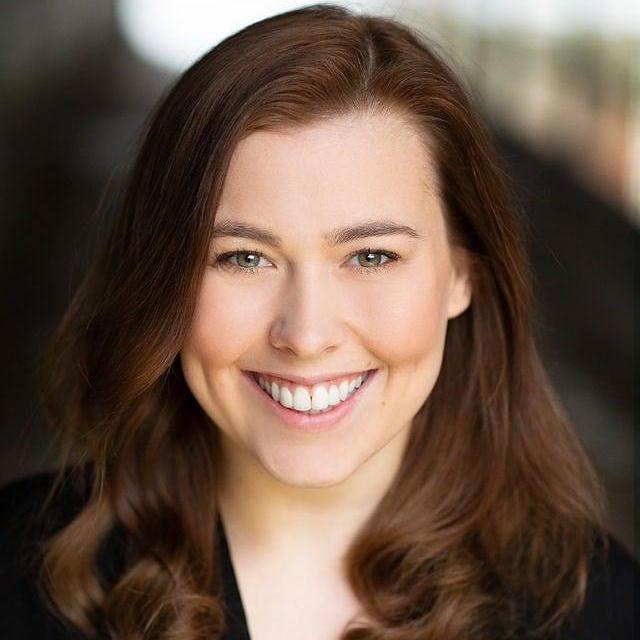 Jessie Waterfield trained in professional dance and musical theatre at the Urdang Academy London. Since graduating she has appeared in several short films, has performed at both the Edinburgh and Brighton fringe festivals and the Leicester Square Theatre. One of the highlights of her career was performing in the closing ceremony of the London 2012 Olympics. She is excited to be stepping in last minute to take on the role of Bo.

Kathryn trained as a performer at The Oxford School Of Drama and London School Of Musical Theatre.
She has been writing and directing for the last 10 years with shows taking part in Camden Fringe, Oxfringe and Vault Festival where her play TREADING WATER won Highly Commended award. She has also toured her shows across the country as well as doing london runs at The Cockpit and The Roundhouse.

She still performs.. (she's in the 2021 ASDA christmas commercial as the skating Mum!) and is a director for Secret Cinema.