Book now
This event is part of:
Theatre Maker 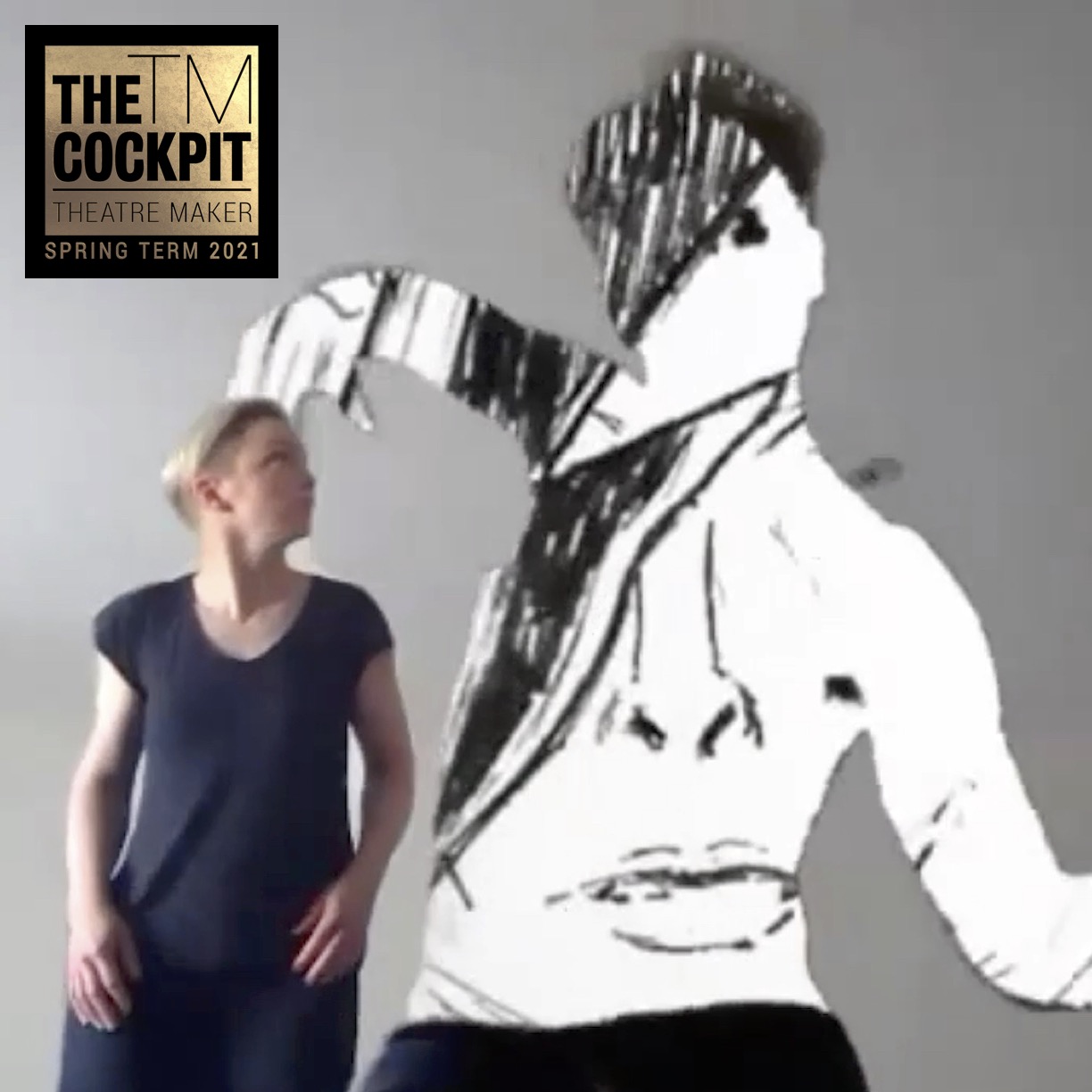 Theatre makers and/or screen actors who want to collaborate with other professional artists to explore online performance possibilities. The course involves exercises and improvisations to develop characters and stories; all participants will be expected to perform in the final piece.

The course is led by actor/filmmaker Steve North, and theatre maker Amy Clare Tasker, using Zoom to explore the possibilities of live online performance. Basic familiarity with video calling software is recommended, along with a willingness to experiment. But don't worry, you don't need to be a technician to take part!

The course consists of four sessions leading up to a scratch performance. You can also choose to book session 1 as a stand-alone workshop, if you just want to get a taste of the performance tools on Zoom.

Session 1 (Wednesday)
We will start by adapting common improvisation games and exercises for Zoom, to discover:

Session 2 (Saturday)
We will warm up with some ensemble games, and character-generating exercises. In pairs or groups of three, we'll start to focus on creating a performance for Theatre in the Pound, the Cockpit’s scratch night.

Session 3 (Monday)
Each group will share their performances in progress, receive feedback, and work with the course leaders in breakout rooms to refine their scenes for the performance.

In between Sessions 3 and 4, you are encouraged to work with your scene partner(s) to develop your idea for the performance.

Session 4 (Saturday)
By now, the performances are nearly ready for an audience. This session will focus on preparing for the scratch night, determining a running order, and fine-tuning the technical aspects of the performances.

Tech rehearsal & performance (Monday)
You will be expected to rehearse with your scene partner(s) and finalise any design element (props, costume, filming location in your home) before the Theatre in the Pound tech rehearsal. During tech, we will run the whole piece from start to finish. The tech rehearsal will take place at 5PM on the day of the performance. Theatre in the Pound runs 7 - 9PM and features 2 or 3 short pieces in addition to the scenes from Devising Online.

Cost for the course of 4 sessions + scratch performance

Cost for Session 1 only:

Steve North is an actor and filmmaker.
His film and television credits include: All Those Things, Unforgotten, Closed Circuit, Hallo Joe, South West Nine, War Horse NT Live, Mongrels, Doctor Who, EastEnders, Is Harry on the Boat, The Day Britain Stopped, Midsomer Murders, Casualty, The Bill, Murphy’s Law, Holby City, Woof, and four series of London’s Burning.
Stage credits include: RNT’s War Horse and NT Live, Offies Nominated Museum Pieces, Meeting Joe Strummer (Fringe First winner), The Football Factory, Fever Pitch solo show (nominated Best Actor MEN awards) and Shared Experience premiere of Mermaid.
Steve’s film making credits include co-writer and producer on the feature film South West 9. He was also Associate Producer on The Football Factory. He directed the award-winning short film Cregan for Screen South under the Digital Shorts Scheme and screened at film festivals in the UK and around the world including Foyle, Waterford, Leeds, Soho Rushes, New York . Other directing credits include the short film Greensleeves and film sequences for an original commission of 13 for the Brighton International Festival.
Steve is an experienced and skilled workshop leader who specialises in screen acting and devising for theatre. Until recently he was Head of Acting at Laine Theatre Arts and is currently the Year Course Director for London based screen acting company The Reel Scene. He is on the team that runs the Theatre Maker Courses at The Cockpit Theatre where he also leads devising workshops and screen acting classes.

AMY CLARE TASKER
Amy is a theatre maker and creative producer. At The Cockpit, she runs the Theatre Maker programme and co-directs the Voila! Europe Theatre Festival. With her own company, Pinecone Performance Lab, she creates theatre and performance experiments to celebrate unexpected connections. Recent productions include HOT (Helen of Troy) at The Cockpit in 2020, and Home Is Where... developed as a theatre show at Camden People's Theatre, Rich Mix, and Theatre Deli in 2016-2017, before morphing into a 1:1 interactive oral history performance in 2019. Amy loves experimenting with form and technology: way back in 2012, she collaborated with directors in San Francisco and New York to create a series of workshops via Google Hangout, and in 2020, she co-wrote an article for HowlRound on "Devised Experiments in Breaking Zoom."

"Brilliantly pioneering. Devising and performing online were far more satisfying than I expected. Online video is a new medium rich with possibilities that I'm keen to explore further."
Antony Quinn

"A great approach to an online course where collaboration was encouraged with participants from around the world! Steve and Amy were both friendly, they put you at ease quickly and were also well informed and knowledgeable about what possibilities there might be, they asked the questions and facilitated us to find answers."
Devising Online participant, 2020

“Steve created a fun and relaxed environment to get our creative juices flowing. I would recommend this course to anyone interested in building their acting skills in front of the camera.”
Sandra Hamalwa

"I learned a lot about Zoom techniques and online performance! A great way to meet wonderful theatre people around the world. I was happy to join at 1AM in Japan!"
Juri Ito

"Steve's course totally exceeded expectations. What we came up with in two days was amazing. We devised something far more interesting than anything I would have created on my own."
Laura Whyte