Tickets
What If I'm Not Normal? 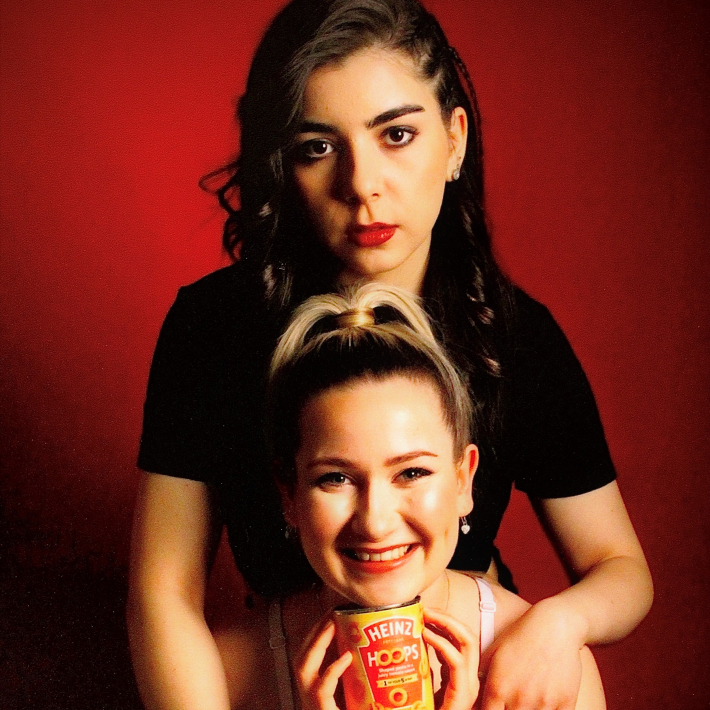 Produced and presented by Two Bestfriends

'Blown away by the talent and comedic timing, Hoops and Hookups really did hook me from the start'

A new dark comedy offering a limited run on stage at Camden Fringe Festival. The play follows two cousins Chantal and Georgia, who go on a journey of exploring their true identities. They explore LGBTQ+ relationships and possible psychological disorders. In the play, Chantal is preparing for her first proper date with a girl, she seeks her older cousin Georgia's help and the two then begin discovering truths about LGBTQ+ relationships, family dynamics and also each other. Things get messy between the two of them and in the end they uncover a hidden truth that could destroy their relationship.

Written by emerging theatre artists Steph McNeil and Helin Ekin, who also portray the characters of Chantal and Georgia. The play is based on the writer's actual friendship with each other. Steph felt that, like the character of Chantal, she has an energetic and slightly reckless side to her personality. Ekin felt that, like the character of Georgia, she is more straight forward thinking and often finds herself acting as a mother figure to Steph. This inspired the premise for the play, a young girl seeking guidance from an adult figure and coming to terms with the harsh realities of life.

This is Steph and Ekin’s first time writing and performing at a fringe. Ekin is currently in her second year at Central School of Speech and Drama, aswell as being a National Youth Theatre member and BRIT School gradaute, she is skilled and expericed in theatre. Steph is a huge comedy fan, she found she was skilled at writing comedic and over the top material and therefore also pusruses stand up comedy. She has previously performed at Vauxhall Comedy Club and Angel Comedy. The two decided to combine their skills and write a dark comedy. They wanted to produce their own work because, as emerging artists, they felt they didn’t want to wait for the work to come to them. Instead, they want to create their own opportunities to have their creative voices and talent heard. After moving from rural Oxfordshire to London independently in 2020, Steph is determined to take every opportunity that she can to showcase her comedy skills. After moving from Turkey five years ago, almost overnight, Ekin is keen to voice her own cultural and political experiences.

They have previously performed 10 minutes of the show at a scratch night at Above The Stag Theatre in April. After receiving huge amounts of positive feedback from audience members, they decided to continue developing the play and take it to Camden Fringe.