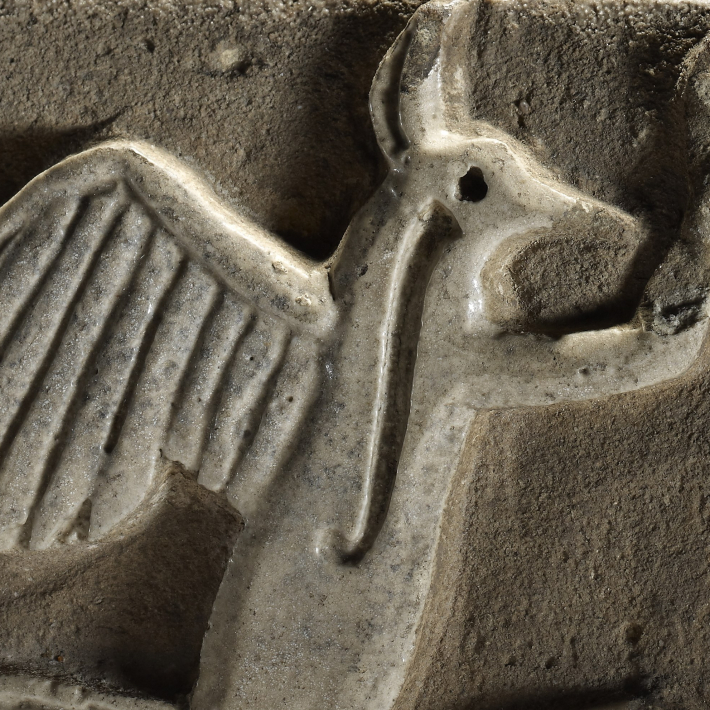 Produced and presented by Camille Maalawy and Mark Slater

‘Mezzaterra’, a song cycle of eight songs based on themes of culture and identity, was written in 2021 by Camille Maalawy and Mark Slater to explore Camille’s British-Egyptian heritage. Responding to sources from pharaonic hieroglyphs through to contemporary poetry via European art music and music for religious rituals, the result is a 30-minute piece fusing Arabic and European musical styles, both notated and improvisatory. The piece examines concepts of travel, wandering, being an outsider, a foreigner – issues that are as powerful and relevant today as they were in pharaonic times.

In pharaonic hieroglyphics, the Rekhyt Rebus ¬ (or lapwing bird) was always depicted with its wings pinned back to represent the foreigner as someone of a lower class, but whom the ancient Egyptians acknowledged had a rightful place in their society to balance maat (order) and isfet (chaos). The piece draws on Coptic hymn, German lieder, English song, Andalusian muwashshahat tradition and encompasses Arabic, English, German, Yiddish, and Hebrew. Our piece explores the connections between languages, musics, identities and cultures in a celebration of the common ground – or mezzaterra – that unites us.

As well as fusion of musical styles, Mezzaterra is also a fusion of responses & attitudes to performance.  Camille wishes to challenge the etiquette and preconceptions of a song recital, and invite audiences to experience this piece in the way that they would feel comfortable, whether from a western classical or Arabic background. She hopes to attract audiences who may not usually attend a recital by creating a much more informal atmosphere, speaking between songs and attempting to blur the lines between cultural norms. Camille wants to invoke the culture of vocal performance in the Arab world which is very different to that of western classical music; the audience clap in the middle of a piece, and/or join in with well-known parts of a song.  Indeed, this is seen as a huge compliment to the performers, in that they are creating tarab – musical ecstasy for their listeners.

Image copyright the Trustees of the British Museum.