Some Boy You Are 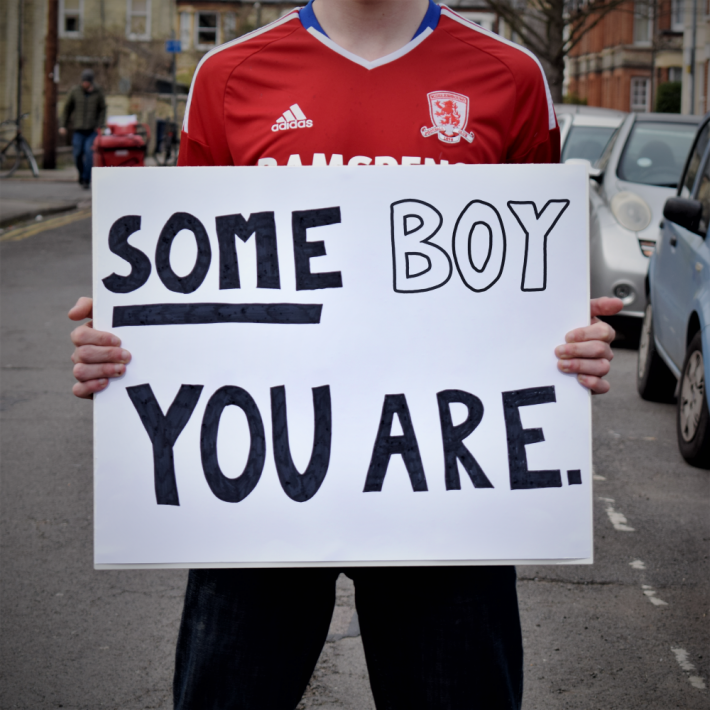 "My brother was born to applause.
New Year’s Eve, ’02 into ’03, as all the clocks in the world hit midnight, and
people cheered, shouted, screamed, let off fireworks,
He’d have been forgiven for thinking it was all for him."

It’s the summer of 2017. It’s achingly hot, and gently optimistic. There’s a new pound coin in our pockets, Ed Sheeran is all over the charts, the Carlsberg is flowing, and Jeremy Corbyn’s on the stage at Glastonbury.
In Middlesbrough, laconic teenager Liam Maguire has big dreams. He prefers boxing to talking, but his devoted half-brother Paul is helping him to open his heart, his eyes, and his mouth. Because coming of age isn’t easy when you’re 14 with no friends, no plan, and a family who doesn’t want to know.

Some Boy You Are is the story of one summer in Liam’s life, the weeks leading up to his debut boxing bout, the development of an unlikely friendship with his steely grandma, and the cool, car-lit night that leaves a whole community punch-drunk and on the ropes. Following a stupid and fatal mistake, Liam must pick up the pieces of his life all over again.

This new writing by emerging talent Aidan Tulloch, and produced by SandCastle Theatre Company, expertly captures the sense of growing old and being young and the faltering advice we give to the ones we love.

Aidan Tulloch has recently secured a commission from BBC 3 for an original work during their latest commissioning round. His works have previously been broadcast on BBC 3, 4, and BBC Radio York. Aidan was the recipient of the Kinsella prize for poetry (2020), runner-up in the BBC Proms poetry competition (2018) and was longlisted for the Alpine fellowship (2020).