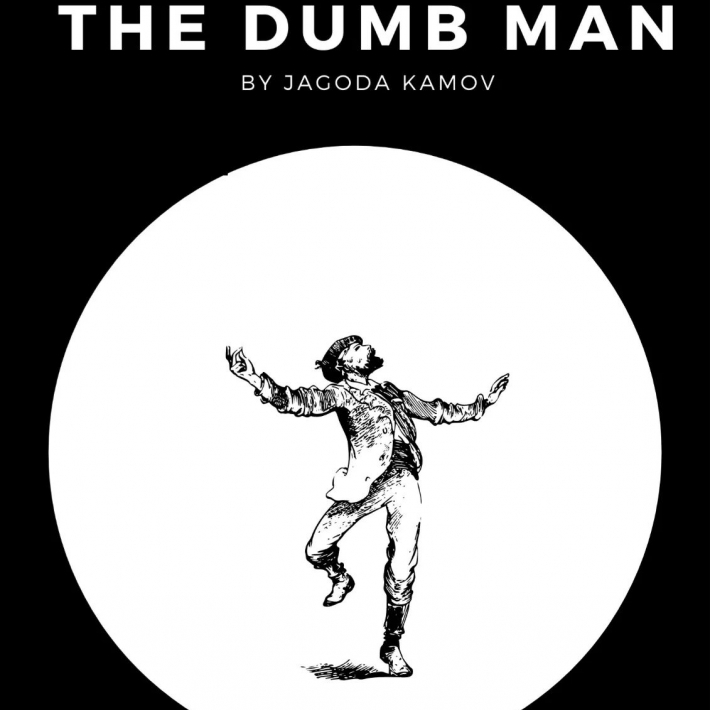 Produced and presented by Jagoda Kamov

The Dumb Man is a dark comedy about the man who lives inside a psychedelic world he created for himself to cope with grief.

​
The narrative of the play is one man’s denial of his reality, and creating his own world of what he believes is the truth to help him continue living.
That makes his The Dumb Man a tragic figure, as he is not aware of the full truth and so suffers for it.
The Dumb Man is a response to Aristotle’s “Poetics.” This play also touches on the notion of being trapped in an unreal world,
and it has been argued by scholars that this is a warning against getting caught up in one’s own dreams and illusions rather than reality.
The protagonist is convinced that his wife is still alive. He is trapped in the world he’s created as a result of his guilt and grief.
He is living in a fantasy of what it would be like if he had been able to have been with his wife when she died.