Devise & Shoot A Scene For Your Showreel

Book now
This event is part of:
Theatre Maker 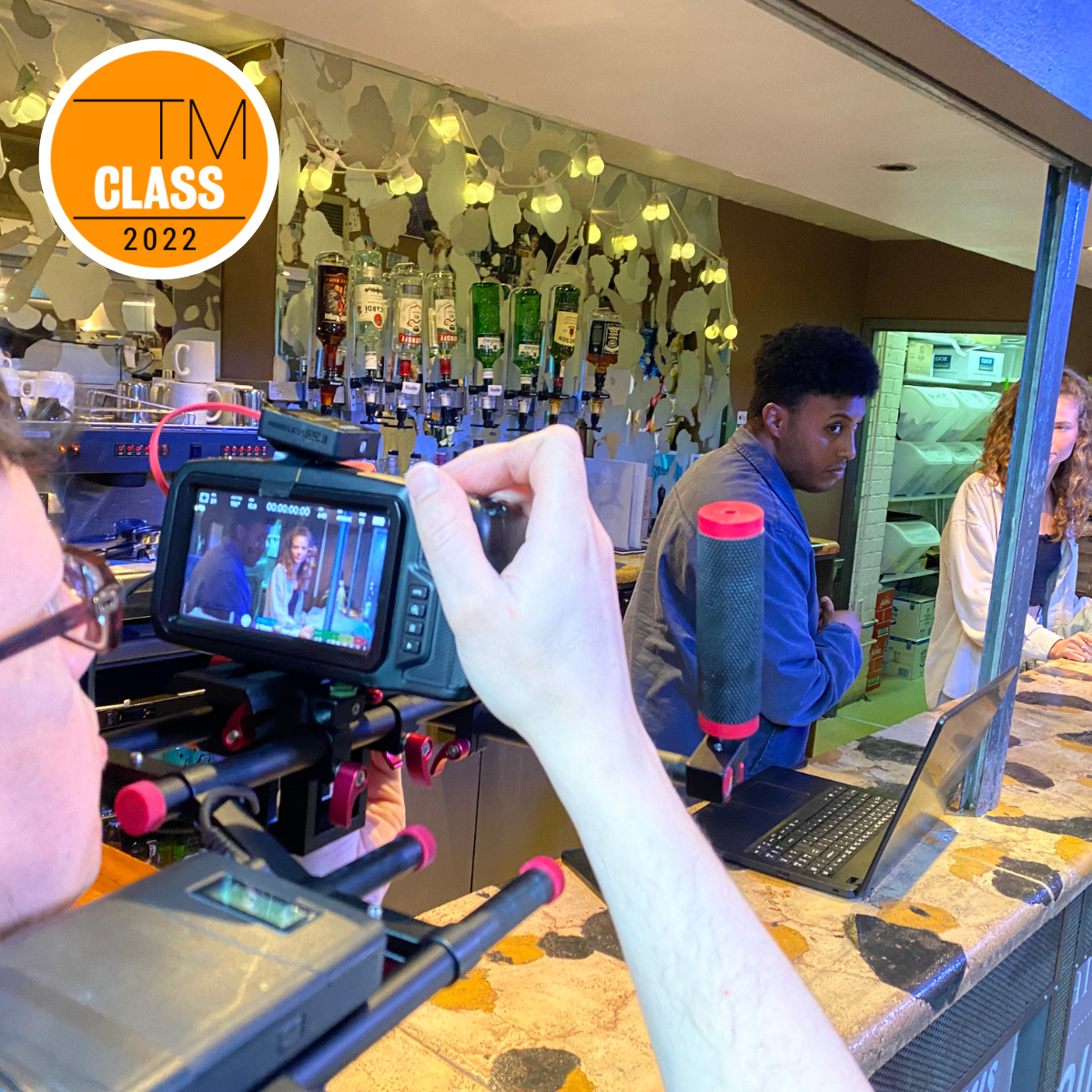 Actors / performers looking to have an original showreel film scene on Spotlight/Vimeo/Youtube to be viewed by or to send to casting directors/directors.
Anyone interested in the process of how to devise, create and shoot original content for film.

Before the workshop will be sent a detailed character preparation exercise by Steve. On the Saturday we start by working with each participant from their pre-prepared character exercise, using improvisation and hot seating (this is all lead by Steve). You will be then be cast into pairs and using the characters we have worked on, and will work with Steve using improvisation to work to devise short 2/3 minute two handed scenes.

The focus is on creating scenes that are high stakes giving both actors a strong emotional journey and 'turning point' moment in the scene. This gives each actor a great opportunity to have specific emotional changes in mid and closeup shots which they can use for cutting into a showreel for screen work on Spotlight, casting directors, directors etc.

On the Sunday, the two handed dialogue scenes are filmed on location around The Cockpit by experienced film maker and director Chris Lince and directed by Steve.
The scene is then edited and then sent to you after the course is finished for your feedback.

The final version of the scene is then re-edited with your feedback, graded to a professional level and then sent back to you as a hi resolution video file for you to use as part of your showreel. The scenes are shot, edited, graded and audio mixed to look and sound like they are cut from actual films.

An edited, high quality screen acting showreel scene shot to a broadcast level.
Advanced screen acting technique.
How to create and produce your own work for film.

Steve is a highly experienced lecturer who specialises in screen acting and devising for theatre. He is currently Senior Lecturer in Screen Acting University for the Creative Arts in Farnham. He directs Film Projects in Film Noir and the Silent Movie genres at The International School of Screen Acting. He runs Theatre Maker workshops and courses at The Cockpit Theatre Marylebone, where he also leads screen acting classes. He devises, writes and directs bespoke showreel scenes for screen actors.

"Steve created a fun and inspirational atmosphere and gave good advice on how to make a scene interesting. We started with basic improv exercises to get in the zone and then moved on to create characters that were paired up to devise scenes. You get a great insight on what it's like to film on set as well. And the final 2-minute scene is of very good quality. Highly recommend doing this workshop, I wish it had been longer!"
-- Nea Cornér

"I had a wonderful time at Steve North's workshop at the Cockpit Theatre. Steve created a fun and relaxed environment to get our creative juices flowing. He was informative and gave helpful direction, while encouraging us to make our own creative choices and explore our imaginations. He also encouraged collaborative team work and was attentive to everyone in the room which left me feeling like I had a satisfyingly productive experience. At the end of the workshop I walked away from the Cockpit Theatre excited and inspired and would recommend this course to anyone interested in building their acting skills in front of the camera. I am very pleased with the results and can now say that I have my first ever professional showreel scene."
-- Sandra Hamalwa
(Sandra and Nia's scene https://vimeo.com/388240843)

"Steve's course totally exceeded expectations. What we came up with in two days was amazing  - Steve was very good at pushing the stakes of each scene which meant we devised something far more interesting than anything I would have created on my own."
-- Laura Wood
(Laura's scene https://vimeo.com/388239276)

Had a great weekend. Great to see the four scenes develop from scratch. Good to work with such assured direction from Steve and cinematography from Chris. And a special thank you to my fabulous scene partner, Suz. Very excited to see all four films.
George Dillon
(George's scene https://vimeo.com/521014575)