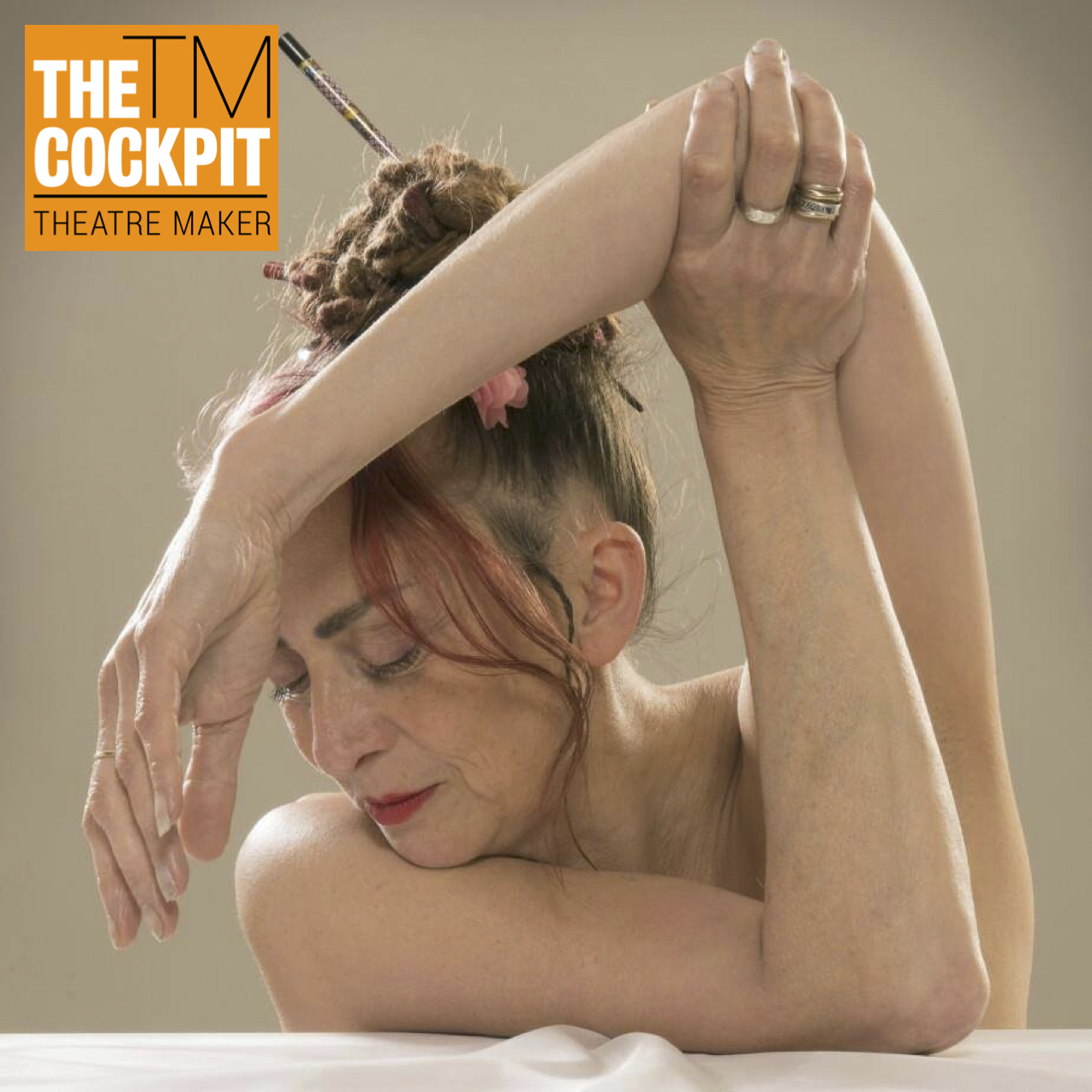 Theatre Makers and Performers looking for inspiration and tools to create original pieces of Physical Theatre and non-verbal performance.

This course is suitable for students who would like to feel more confident in using their bodies in performance.

In a supportive and friendly atmosphere, via Zoom, we will explore and use different methods to create work including;
- Laban 8 Effort Actions
- Lecoq States of Tension
- Mime
- Creating work inspired by an object

As well as working individually, there will be opporrtunity to work with others, creating sequences of work via breakout rooms in groups or three. This will lead toward an opportunity to perform on 21 September at The Cockpit's scratch night, Theatre in the Pound.

Some of the work you create may be a springboard or inspiration for further work. Or you may want to develop your ideas from class into full length pieces, with opportunity to present in the future.

Miriam King is an Artist/Choreographer/Dancer/Live Artist/Filmmaker born in London , living in Brighton , working internationally. Her professional performance career commenced in 1984. Moving from circus, to visual theatre through to dance, and to live art and film, her most significant training was with Anton Adasinsky & his performance company DEREVO at their former studio in Leningrad, Russia in 1990. Miriam's work is influenced by Butoh dance. She has been creating her own unique performances since 1992, taking her to dance and live art festivals and artist-in-residences around the World. She has researched, lectured and presented work in many countries including France, Belgium, Germany, Czech Republic, Finland , Italy , Portugal , Greece , Iceland , USA , South Korea, China,  New Zealand and Australia. Her award winning dance film work has been shown at Lincoln Centre/ New York, Pompidou Centre/Paris, ICA/London, the Venice Biennial and at the Sydney Opera House. Miriam has a continuing performance relationship with Gallery Kruh, Kostelec nad cernymi Lesy, nr Prague, Czech Republic which commenced in 1992 and an ongoing performance relationship with SoToDo Gallery, Berlin & the Congress of Visual and Performance Art.

Miriam is on the editorial panel for Total Theatre Magazine, regularly contributing articles and reviews. She was a founder member of Movement 12 and also BUTOH Brighton. She is a visiting lecturer teaching Performance and Choreography. Currently head of Movement at Academy of Creative Training. Regularly lectures, leads tours and gives workshops on art for The Hayward Gallery, SouthBank Centre, Tate Modern and Tate Britain.

I was introduced to the wonderful Mim in the Autumn of 2012 as she directed me in my first term of drama school in a production of Grimms Tales. I was incredibly worried and like all first year drama students arrived with a whole load of baggage and superficial personal barriers but within minutes of Mim taking us for our first movement class I felt instantly calmed and knew I was in guiding hands. Mim took a rather rigid and tense actor and helped me ground myself and embrace the physicality of a character that I never knew existed. I can honestly say that Mim helped me find the foundation stones for my future as a professional performer; not 1 audition or character research prep goes by without Mims movement class DNA being there for me. Mims movement class gave me the most powerful tools available to an actor from storytelling through my physicality whilst being completely intune with my fellow performers. For my final year showcase I was directed by Mim once more in Grimms Tales, after the Brighton Showcase I asked my friends and family and future agent what the highlight was and everyone unanimously said Grimms!
Allen Watts (Actor)

Mim’s passion for movement and theatre envelops any student that is lucky enough to be taught by her. After each session you leave the class wondering what actually happened and how Mim was able to carry you along with her. With Mim’s patience, guidance and understanding you understand how your body communicates. I would recommend anyone, whatever age, to come to a Mim class and see what you can achieve.
Graham Campbell  (Academy of Creative Training Student)

Mim's warmth, unconditional acceptance of where we started and absolute faith in what we could produce and express meant the class I dreaded most at the start became a highlight of the foundation course.
Kevin Cherry (Actor)