A low-fi extravaganza through deep space 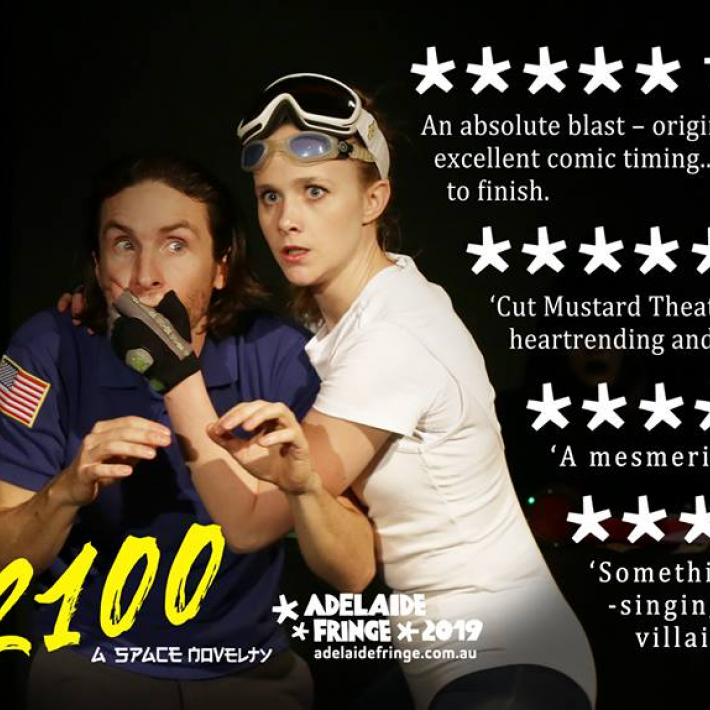 Produced and presented by Cut Mustard Theatre
A hapless human, an unbeatable heroine and a Dark Lord bent on universal domination. Join Cut Mustard Theatre for a low-ti extravaganza through deep, deep outer space. With nothing but a Casio SA77 electronic keyboard and some good old fashioned good vs evil, audiences will be transported to a world of multilingual aliens, friendly robots, dramatic synth music, acrobatic monsters and a multitude of laser beams and explosions.

2100: A Space Novelty makes full use of physical comedy that goes beyond any regular comedy show and takes audiences on an epic space adventure leaving them wanting a sequel! With elements of mime, vocal sound effects, live music, origami spaceships and multilingual characters, this is a space show like no other. With a cast from diverse cultural backgrounds, let these highly trained hilarious actors entertain you. This minimalist, high-energy physical show is refreshing, unique and brimming with epic suspense!

'An absolute blast -original, fun, and clever.…excellent comic timing. .. I was enthralled from start to finish." *****
-Tania Nicholas , The Upside News