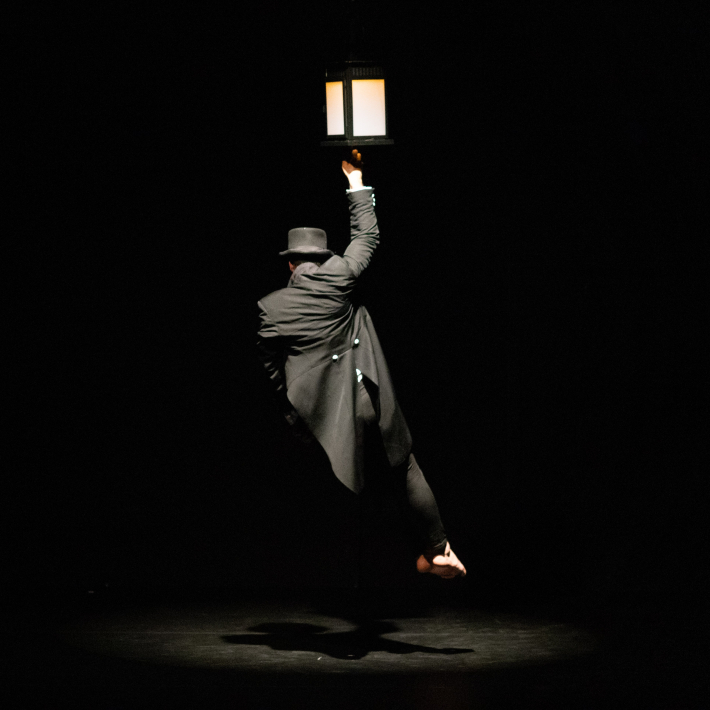 With an aerial rope and several fairies, two characters search for their essential selves in a never-ending process of growing up. In their world, magic doesn’t require anything but a pillow, and if it’s too dark, you light up the sky with the stars that you draw with your own fingers.
"For many years I mistook myself for someone, who doesn’t exist; and even beyond years, I mistook the impalpable for the impossible. Countless fairies, neither one nor more: that is what I am, the rest is just appearance."

The poem "Örvény" (Vortex) by Sándor Weöres translated by Paul Sohar and Peter Sherwood is interpreted by Tricia Hitchcock and Annabelle Cooper.