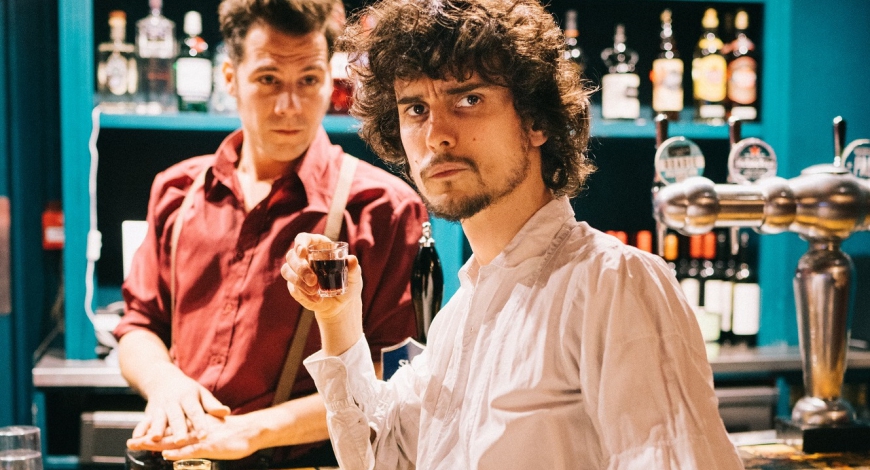 Drink up before the devil knows you're dead!

"Drink up before the Devil knows you're dead!"

“When Victor unknowingly enters the Limbo Bar, he is suddenly confronted by a strange cast of characters. A fiery young woman with a special hatred for men, a shabby homeless man rambling with a thousand stories and Bandini, the mysterious Italian bartender who seems to be pulling the strings around here. What is this place? How did he end up here? And who is hiding behind the red door of the smoking room?”

Following a SOLD OUT first performance at the legendary Half Moon Putney in February 2019, Barflies Tales is now ready to hit the Camden Fringe festival on Thursday 15th August 2019 at The Cockpit!

Revolving around the “Limbo Bar” and its set of mysterious characters, ‘Barflies Tales’ alternates between music and acting numbers lead by Bandini and Victor Marichal, supported on stage by a five piece house-band (Drum, Guitar, Bass, Sax and Piano) and an original cast of actors.