Tickets
The Story of Mae West 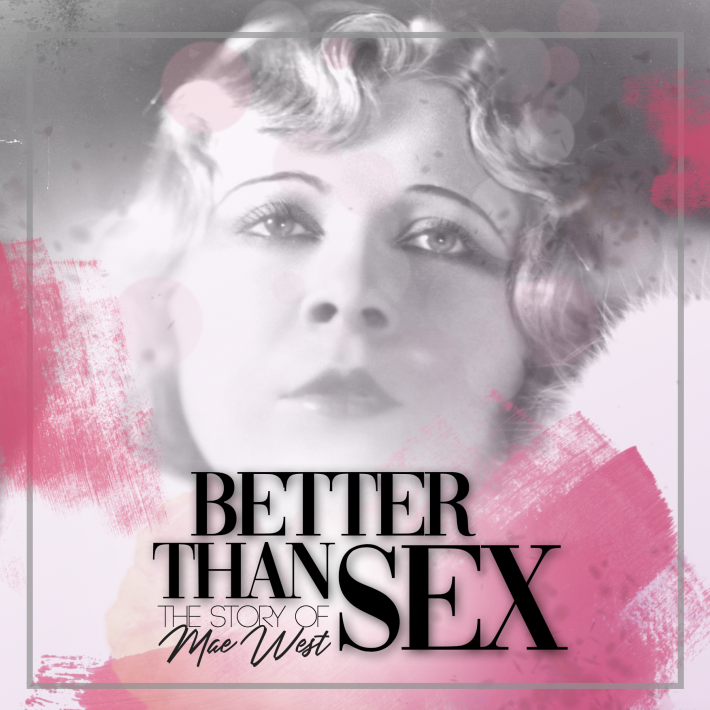 This event is part of:
The Camden Fringe 2021
Presented by Temporarily Misplaced Productions

Part of The Camden Fringe Festival

Better Than Sex: The Story of Mae West
'Better than Sex’ is a one-woman tantalising and timeless cabaret reflecting on the infamous 1930’s sex-symbol, Mae West. Through this icon we hear the tale that led to the rise and fall of her scandalous career, including live performances of the songs she made famous including “A Guy What Takes His Time” and “I’m No Angel”. Written and directed by Emily Hutt, and starring Bella Bevan as Mae West herself. This is a cabaret to entertain but also to tell an important story of a woman who didn’t let the social constructs of her time stop her from having the career and leading the life she wanted, hence still being an inspiration to people today.

“Better than Sex” has been performed at Toulouse Lautrec and Mountview’s Catalyst Festival in 2019.

★★★★
“Bella Bevan plays the role of West, and my is Bevan one to watch! Bevan’s voice slides skilfully around West’s famous jazz numbers; with her performance of A Guy What Takes His Time, a particular stand out. Bevan playfully interacts the audience, and commands the stage – just as West once did. The songs are short but sweet; giving way to the telling of West’s life story and to her infamous one liners – delivered with comedic precision by Bevan.” – Upper Circle Theatre

★★★★
“a really loving rendition of the life of this multi-talented thespian. Bevan flirts with the audience in true Mae style and has a really great singing voice that brings great songs including “Frankie and Johnny” and “Fifi” to life. My personal favourite was “A Man What Takes His Time” which – depending on how you read the lyrics – was both suggestive and heartwarming at the same time.” – London Theatre 1

Temporarily Misplaced Productions is a new London-based theatre company founded by Emily Hutt and Bradley Walker (author of ‘The Catalyst’), that uses their passion for story-crafting to balance the representation of minorities via fresh, dynamic and interesting writing. This company was created as a platform to produce new writing by young emerging artists, which show strong and multifaceted female characters as well as gives voices to minority groups such as the LGBTQ+ community.

“Temporarily Misplaced Productions has described itself as a platform for new writing, young artists and a voice for minority groups – I believe this piece delivers on this description”- London Theatre 1 (Care Not, Fear Naught)

PLEASE NOTE: There will no tickets available for sale on the door for any of our Camden Fringe shows.

Tickets will remain on sale, where available, up to 60 minutes before the show's start time.

For this show we are returning to normal operation where ticket holders choose their own seats on admission to the auditorium.