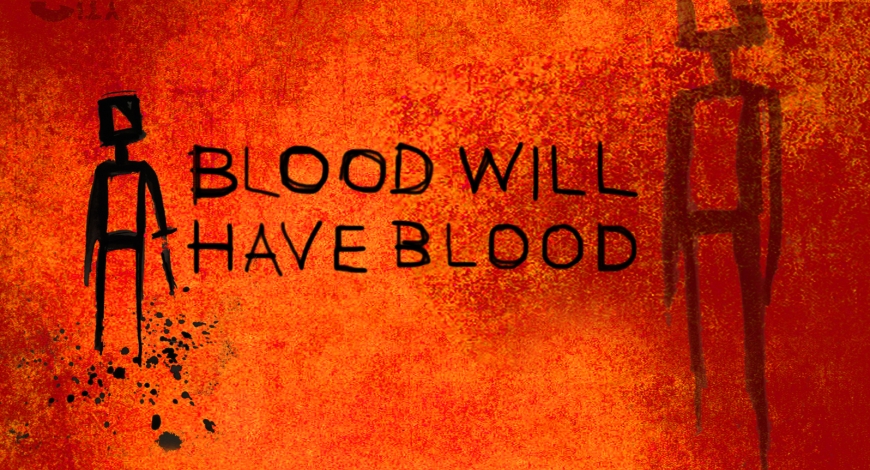 Blood Will Have Blood

Interactive Macbeth Spin-Off For An Audience Of 12

Blood Will Have Blood

Hosted by The Cockpit as part of Camden Fringe


BLOOD WILL HAVE BLOOD

After Banquo’s murder his son, Fleance, is adrift in Macbeth’s brutal new Scotland. The audience/Fleance are taken under the wing of the strange woman who lives on the heath. Under her guidance, they bury their father, clean the houses of dead traitors, discover a prophecy about their future and learn to fight for their revenge. Shakespeare’s world of power and trauma developed into a disorienting interactive performance.

Blood Will Have Blood came out of our sell-out immersive new-writing event, The Alchemical Door, and is part of our movement away from set-dependant immersive theatre. It was written by Clancy Flynn, writer of Whistleblower and Wyrd. Her most recent story Intelligence Testing was published in Dark Futures Anthology. We are touring Blood Will Have Blood with Fire Burn:The Tragedy of Macbeth. Since setting up ImmerCity in 2012 we have done immersive and site-specific theatre all over the UK and Ireland. Our larger scale immersive productions include working with Opera Holland Park on The Dwindling House of Holland and with Kensington and Chelsea Council on alien invasion show Crashed.

*****  “The best immersive theatre I’ve seen in a very long time” Everything Theatre (Wyrd)
**** “This is a show of great consequence, which illustrates brilliantly how important and thought-provoking art can be.” Broadway Baby (Whistleblower)