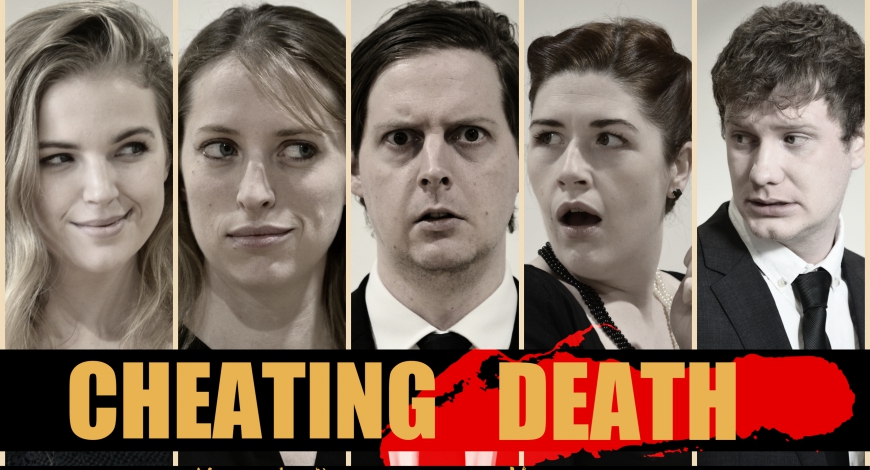 A Black Comedy to cheer you up during the winter gloom

John is having a bad day!

He has been laid in a coffin in his living room so people can pay their last respects.
But he wakes up, much to the surprise of his girlfriend and her new lover, who she has invited so he can view the flat that's been left to her by John!

John only remembers a car crash, being in hospital, and some strange dreams.

Everyone struggles to come to terms with John's new reality after not just one but two life changing events.

The play, full of black humour, tracks John's life alongside an excellent array of mis-placed characters as he tries to get back to normality.

Life will never be the same again.

A one act version of the play was performed at The Place Theatre in Bedford in 2013 achieving excellent success.  It has now been extended into a three act play.

Max Nowaz is now the author of several novels and plays after publishing a children's book in 2005. Further detals available at his website below.

The play is directed by Sophie Wilson and the actors Alex Pitcher, Nicola Mae Begley, Lucy Beresford-Knox, Jake Botterell and Frankie Hyde-Peace are all distinguished graduates of The Poor School, Islington, London.