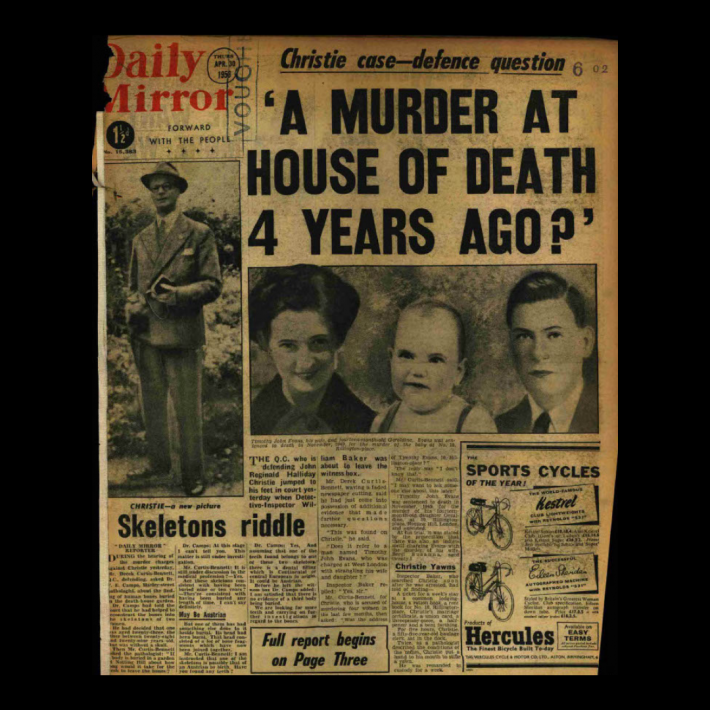 In November 1949, Beryl Evans and her baby, Geraldine, are murdered in their Notting Hill home. Timothy Evans, a lorry driver, father to Geraldine and wife to Beryl, as well as a being a violent individual and a compulsive liar, is eventually executed for the murder. Yet just 3 years later, it was discovered that John Christie had murdered at least eight women in the same building.

Where is the truth in the mess of lies, false confessions by Timothy, and a justice system biased towards Christie?

"CHRISTIE DONE IT" deals with a neglected episode of British legal and social history with telling significance for current times in relation to miscarriages of justice and the death penalty, and our efforts towards equality, diversity and inclusion.

Please arrive 30 mins before showtime. Latecomers may not be admitted.