Tickets
The Confessions of a Lüftmensch 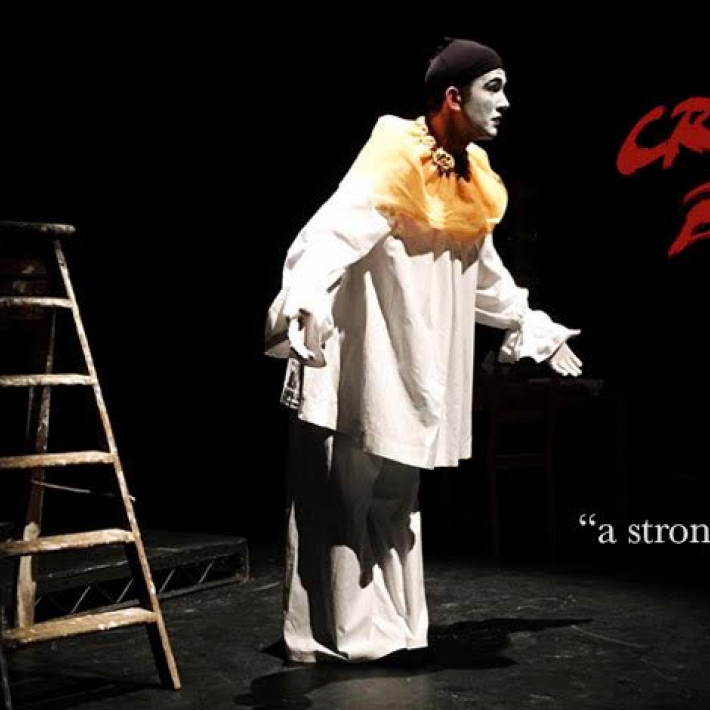 Written and Performed by Richard Canal

"Clowns are not funny. Clowns are honest.
It is not comedy that makes a clown great;
it is his sincerity."
It is November 16th, 1932. The Depression is at its greatest, and vaudeville—the roaring heartbeat of the ’20s—has ceased to beat. The audience enters upon a secretive, undiscovered place: where one’s nose is warmed by that earthiness found only by the Mississippi. A dead oak haunts the scene, and around its roots lies strewn a colorful collection of liquor bottles. Under the tree’s canopy is a dressing-room mirror. Distant and muffled, there is applause and laughter, clacking feet and happy ballads; but such joy is some otherwhere, some other-when; the tree marks this ground a haunted one.

A clown enters the scene. It is Isaac Solomon Loew, a Jewish Mississippian performing as Blueberry, the happy-go-lucky Pierrot, on vaudevillian Broadway. Wrestling with guilts of times bygone, he frequently flees from his pain not only into performance, but also into sex. His increasingly addictive escapes have finally lost him his wife, right as he loses his employment. He enters his dressing-room for the last time; and as he pours his heart out to the audience, shedding his painted mask and hanging each bottle from his tree, he wrestles with his memories, mistakes and misdeeds—either to their conclusion, or his own.

Cry, Blueberry—a one-man play compared by ★★★★ with praise to Scaramouche Jones as one “to revere and respect”, “a strong and bold piece of theatre” and "a brutally honest and sincere confession, and a profound and memorable performance"—is not, however, a tale of gloom of woe. Blueberry is a trumpeter of life, whose dreams fly above storms and tears; and his twisting, turning, heartfelt and honest journey through his errors and the United States’ first three decades into the twentieth century— touches on themes including racial injustice, the accountability of bystanders, the profundity of clowning, the ethics of repentance and forgiveness, and the necessity for truth and reconciliation processes. Thus, this magical-realist play presents a poetic, enchanting perspective on the nature of encounters and escapes; on how people detach and isolate themselves from pain and painful truths; and on gladness, sadness and everything in between.

* Please note there is a content warning of foul language, references to sex and depictions of violence. *