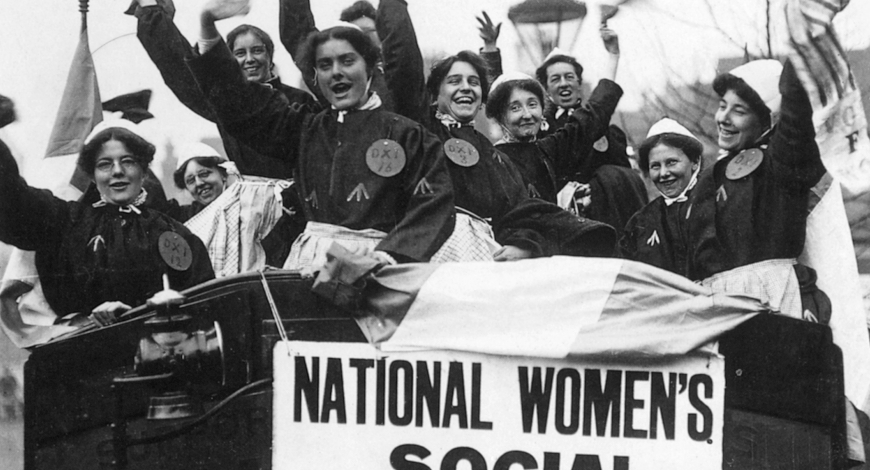 A play based on the life of Emmeline Pankhurst


Produced by Theatre Lab Company
Presented by The Cockpit

Emmeline follows the journey of the inspirational leader of the Suffrage movement on her life's mission to achieve the vote for women. Delving into the dynamics of the Pankhurst family, Emmeline explores the tensions that arose between her and her daughter Sylvia on militant tactics and social values, emblematic of the conflicts that divided the movement. Does the end justify the means? Should the cause come first, no matter the personal cost?

A story of the courage and sacrifice of the Suffragettes, their struggle and exaltation, their undying determination that made history. A story to inspire the country to continue the fight for human emancipation.

March on, March on, Face to the Dawn, the Dawn of Liberty!

Theatre Lab Company, the creators of the recent Off West End award nominated production of Great Expectations at the Playground Theatre are returning to The Cockpit with their new production, Emmeline, based on the life of Emmeline Pankhurst. The Company are known for dynamic, daring and visually stunning work, and at the same time, creating accessible and engaging theatre for a wide audience. Their profile includes classics, devised and musical productions as well as classical and contemporary Greek theatre. Other recent London performances include Lucrezia the Sinner, Lucrezia the Saint which premiered at the Oxford Playhouse BT Studio, followed by performances at the Cockpit Theatre and a tour of Greece,  Molière’s Don Juan at Hoxton Hall, Daphne du Maurier’s Jamaica Inn at Tabard Theatre.