Tickets
Satiric Reflection On The Pandemic 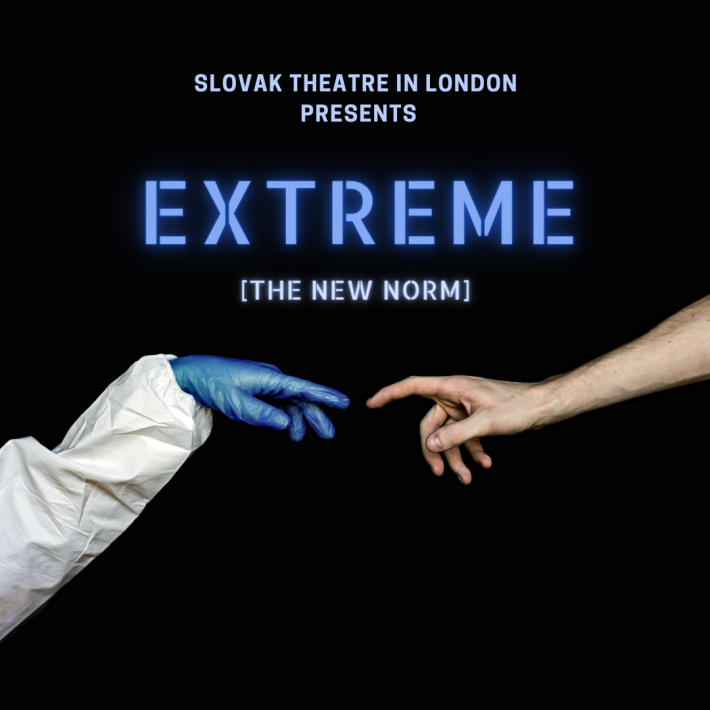 Produced and presented by Slovak Theatre in London

One day you are enjoying your favourite ice cream on a family holiday, the next day you find yourself in a national lockdown.

Life is unpredictable and shapes us to be flexible, but over the past two years we have lived through a whole new level of extremes  - We couldn’t rely on what would happen in the next hour, let alone in a month!

Pandemic rules created contrasting experiences. Some were relieved to finally slow down.  Some became frustrated and bored. Some worked more, some lived in constant fear, and eventually we all just became overwhelmed by it.

And with the most recent world events, it seems that when one crisis passes, another reveals itself. In the endless circle of life, we find ourselves constantly living beyond our norms.  Extreme became the norm.

Slovak Theatre in London reflects on the biggest event of the past decade, which globally influenced the life of every individual.  In a colourful collage of scenes and characters, the play shows the contrasting situations brought by the pandemic, often based on true events. Through collaborative devising, using physical movements, music and songs, the artists explore the patterns of behaviour of society and individuals in a time of crisis.

The performance reaches out to the audience, giving them direct interaction with the actors, and serving as a mirror that challenges opinion and highlights new perspectives.

With both seriousness and humour, this show offers a collective therapy through art.

Become a part of the play! The company invites the audience to share their own experiences and thoughts about the pandemic.
Leave a comment on this link as soon as you've purchased your ticket, and they will incorporate it into the show:
https://padlet.com/slovaktheatreinlondon/extremetheatreplay

Slovak Theatre in London is run by young Slovak and Czech professional artists living in London. They create devised touring theatre with productions on up-to-date topics -  often reflecting their own experiences.

Alongside various UK locations, they regularly visit Prague, Brussels and Slovakia. The range of locations, venues and countries where they perform expands year by year.

Both shows are in the Slovak and Czech languages with English subtitles.

Please be aware, a stroboscopic light effect is used in the show.