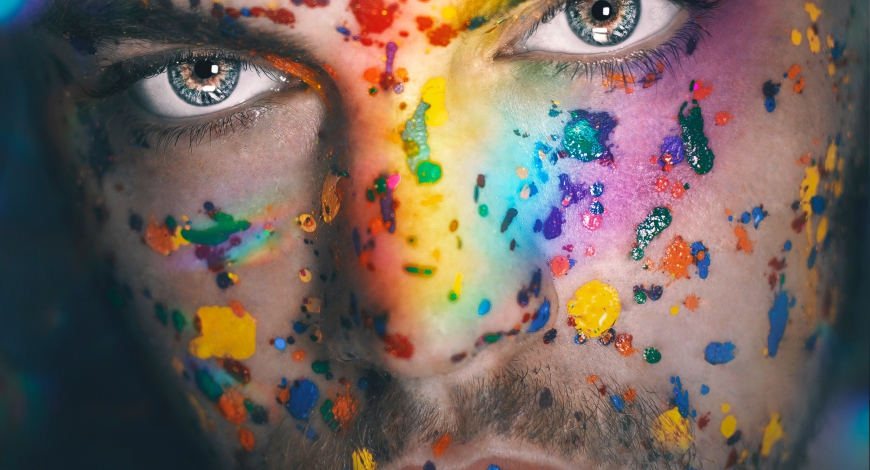 A referendum brings two worlds together

Produced and presented by Moonchild
Hosted by The Cockpit

Two childhood friends reconnect after they return to their rural Irish hometown to vote in the unprecedented 2015 same-sex marriage referendum.

Moonchild return for the third year running, after bringing ★★★★★ Coelacanth and PLUTO to The Cockpit in 2017-2018, and Camden Fringe.

For Coelacanth at The Cockpit:
“Macabre and genius” ★★★★★ North West End
"Emanates class throughout and oozes quality" ★★★★★ Blackstar

Saturday 3rd August - 7pm
In the summer of 2015 thousands of young, Irish expats returned to their home country to cast their vote in a referendum of monumental historical importance. Thanks in part to those who made the effort to cross oceans, continents and time zones, Ireland became the first country to legalise same-sex marriage through a popular vote, despite the handicap of being of a deeply Catholic nation at it’s core.
‘Faeries’ tells the story of JJ and Mullane, two childhood friends returning to their rural home town, from opposite ends of the globe, in the midst of this referendum. We follow as they engage with their family, the locals and themselves and explore the various conflicting and complicated feelings the ‘Vote Yes’ campaign has unearthed. Both JJ and Mullane go on individual quests of sexual and national identity which compel them to convince not only the local population, but also themselves to go to the polls and vote in favour of reclaiming Ireland from the archaic and abusive grasp of the Catholic Church.

The play is about homecomings, both personal and cultural. By returning to their home town, our characters set in motion a chain of events that allow them to come to peace with their troubled past and fully appreciate the true value of what it means to belong somewhere. Ireland itself experiences a bit of a homecoming, as the democratic battle against the church reverts its populace to an almost pre-Christian, pagan state of mind. Additionally, it explores the insidious effects of religion on both the LGBT community and Ireland as a nation.

Moonchild create theatre about the now. Callum O'Brien (Writer) and Liam McLaughlin (Producer) launched Moonchild in 2016 to produce their first play together, PLUTO, and continue to create work under Moonchild as passion projects.
Tickets:
Full price: £5