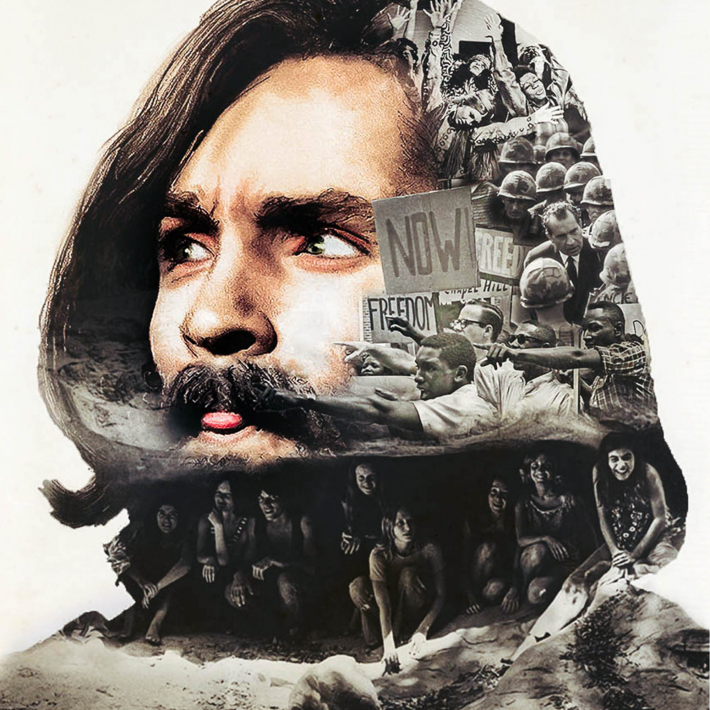 Produced and presented by VETO PRODUCTIONS
1967, Susan Atkins an adolescent girl from a troubled home escapes her past by hitchhiking to L.A. Whilst there she finds Charlie, the charismatic and mercurial leader of a ‘Family’ of misfits and outcasts. Together they make their way out into the Californian desert, creating a utopia that’s isolated from the society that rejected them. However, a sinister philosophy starts to emerge, and Susan finds herself in a downward spiral, coming closer and closer to unthinkable violence and an act that cannot be undone.

Based on the Manson cult, Helter Skelter tracks how a person can be indoctrinated into committing the most despicable acts.
"At the finale, the viewers are left with an almost mind-numbing emptiness with the shocking experience of what is an amazing exercise performed by an amazing cast." ★★★★ – SCAN
"An impressive evening of theatre" ★★★★ - CAROLYNN

Written and Directed by Mike Narouei