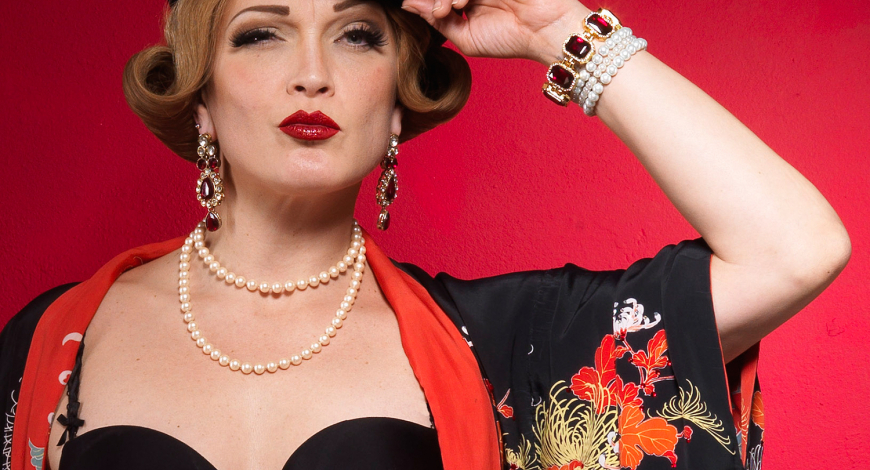 Produced and presented by Ware It’s At Productions

Eva is back – and this time she means (show) business!

Eva is surrounded with heartthrobs and bombshells, presidents and gangsters… but who exactly, is who? The Golden Age of the Silver Screen is plagued with scandal, sex, drugs, desire and deceit. Is Eva to blame? Or is she saving it from self-destruction?

How Eva Won WWII sold-out it’s run at Brighton Fringe, transferred to both Edinburgh & Camden Fringes, won an award at Vault Festival 2019 and is now available for touring. Here are some of the reviews:


STEPHANIE WARE & OLIVER COLLIER
Stephanie Ware trained at The Bridge Theatre Training Company, and is a seasoned comedy character performer with a background in clowning and physical theatre. She has been performing as Eva for 7 years. Oliver Collier studied at the Junior Guildhall School of Music and Drama and the University of Edinburgh taking honours in Contemporary Composition, Counterpoint and Music Technology.  Together they have been performing as a musical duo for 5 years. This is their second musical.

EVA VON SCHNIPPISCH is one of the fastest, finest and furiously funny Weimar Vixen compères on the UK cabaret scene. Eva is a regular host at two of London’s hottest new member’s clubs: Gersch & Rox Presents Cabaret At The Curtain, and The Ministry, as well as regular turns at The Candlelight Club and The Hundred Watt Club, she also performs all over the UK. Miss Stephanie Ware, has compèred at Bestival, Camp Bestival, and further afield in Europe and the UAE.