Jazz In The Round - Celebrating 10 Years 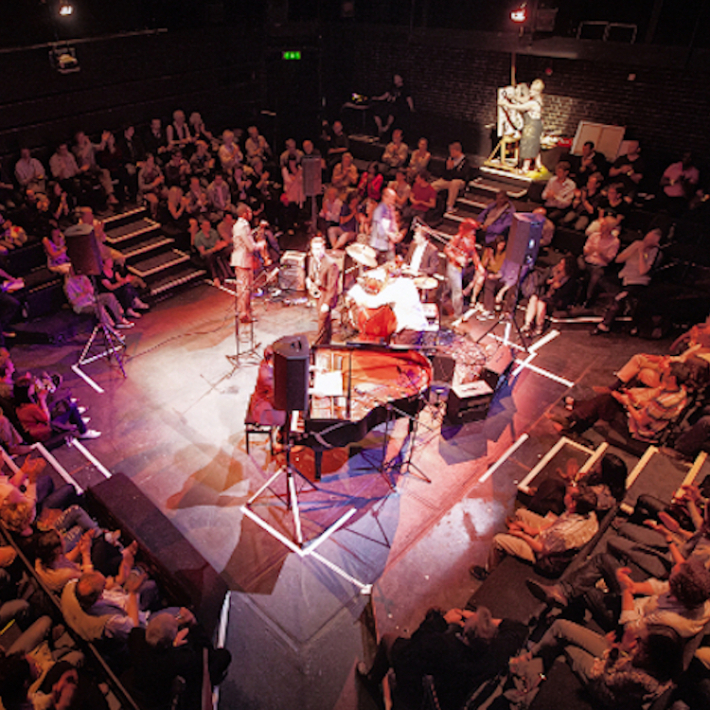 All acts are subject to change

Celebrating a decade of Jazz In The Round at The Cockpit. 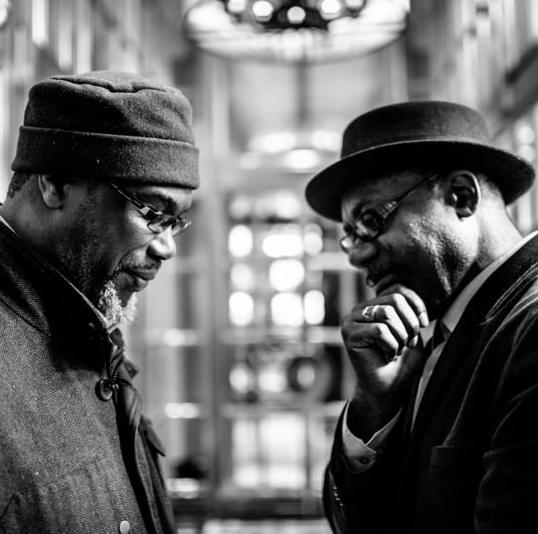 
Marking 10 years since our first Jazz in the Round, we begin the new year with a celebration of our history and future ­­– bringing back artists from our opening night alongside a new generation of young players.
Orphy Robinson and Pat Thomas played some of the first magical notes on our stage in 2012, with marimba, keyboards and electronics in tow. They’re undisputed heroes of British musical exploration and innovation – and we’re incredible excited to have them back.

Guitarist Stuart McCallum rose to prominence writing and playing with the Cinematic Orchestra (on the Ma Fleur and Live at the Albert Hall albums) – and his unique blend of jazz, alt-folk and electronica has seen him collaborate with everyone from Jordan Rakei to Ari Hoenig and Danny Thompson. Since first performing solo for us a decade ago, he’s gone onto record albums of solo guitar music and has become known for his ability to create stunning sound-worlds on the instrument. Be prepared to immerse yourself in his beautiful compositions, strings and pedals.

Tomorrow's Warriors is an innovative talent development agency, creative producer and music educator that was co-founded by Janine Irons and Gary Crosby OBE and is committed to increasing diversity across the arts through jazz.

To celebrate 10 years of Jazz In The Round, they present the next generation of exciting young jazz musicians with one of their flagship youth ensembles - the Tomorrow's Warriors Junior Band.
Featuring musicians aged between 13–17, the TW Junior Band have already notched up performances at We Out Here Festival, London Jazz Festival and took to the stage at the Southbank Centre as part of Tomorrow’s Warriors’ A Great Day In London, where they shared the stage with the members of Sons of Kemet and wowed the audience with their confidence, skill and passion for jazz music. 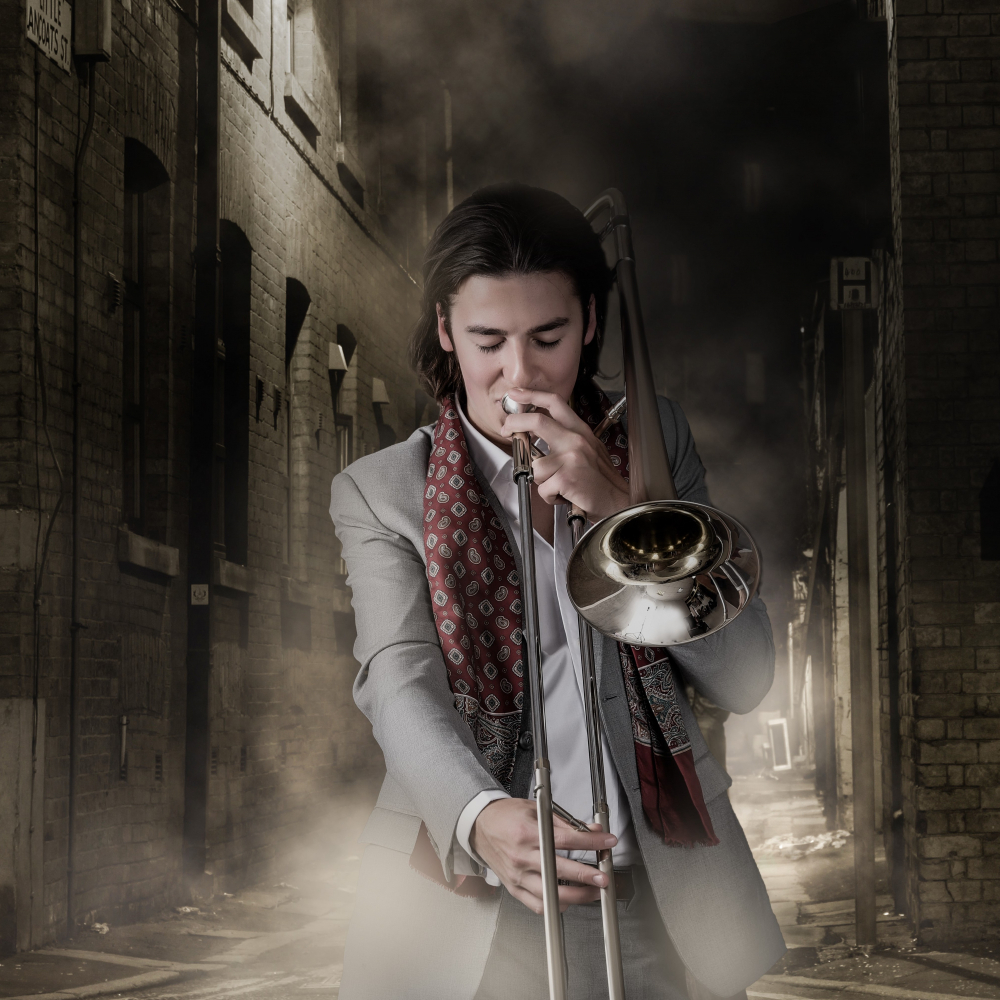 Rory is a jazz trombonist, educator and composer. He was winner of Rising Star in the 2017 British Jazz Awards, runner-up in the 2016 Trombonist of The Year, winner of the 2018 British Trombone Society Awards and was chosen as ‘One To Watch’ by Jazzwise in 2018. He was also a finalist in the Carl Fontana Jazz Trombone Competition at the International Trombone Festival in California.

In 2018, Rory set up his quartet that have since toured Europe and played at many high-profile British jazz festivals/venues (inc. Love Supreme Festival, EFG London Jazz Festival, Pizza Express Dean St. and Ronnie Scott’s). Rory was the featured artist in Jazzwise’s “Taking Off” section in summer 2019, and interviewed on BBC Radio 3 discussing his other project, Parliamentary Jazz Award nominated Bonsai who released a new record in 2019 on Ubuntu Music, receiving much critical acclaim. Rory is proud to be endorsed by Michael Rath Trombones, and is the youngest artist on the roster. 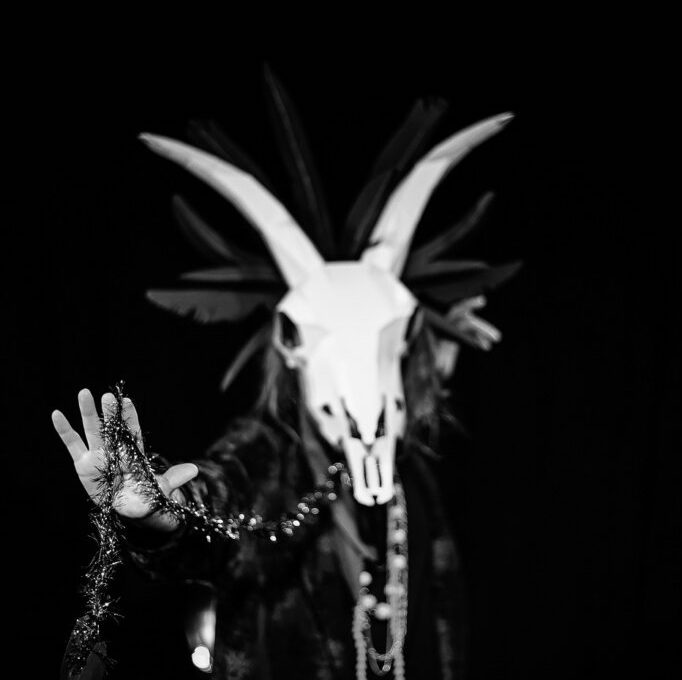 Hailed by the Guardian for her “thunderous bass-guitar hooks", Ruth Goller helped lay the foundation for the UK’s jazz renaissance whilst playing in many of its most influential and popular bands, from her years on stage with Acoustic Ladyland and Melt Yourself Down, to more recently Let Spin and Vula Viel, whilst performing and recording with the likes of Shabaka Hutchings, Mercury-Award nominee Kit Downes, Sam Amidon, Bojan Z, Marc Ribot, Rokia Traoré, and Paul McCartney.

Her debut solo album ‘Skylla’ shines a long-awaited light on one of the most important musicians to have driven and revolutionised the UK jazz and improv scenes over the last 16 years. The bassist, vocalist, composer, environmentalist and now solo artist, draws inspiration from deep within to create a stunningly original and beautiful piece of work.

Initially Goller recorded all vocals alone, before inviting accomplished and celebrated vocalists Lauren Kinsella and Alice Grant to lend their additional voices; with the knowledge they would rise to the challenge of singing words free of language to irregular tunings. The final contribution came from Kit Downes, who produced and mixed the album.

Skylla takes after the mythical three-headed sea monster of the same name, in that the music is both mysterious and sometimes dangerous - in it's own intimate and unique way.

With Ruth Goller on bass & vocals, with Lauren Kinsella & Alice Grant on vocals. 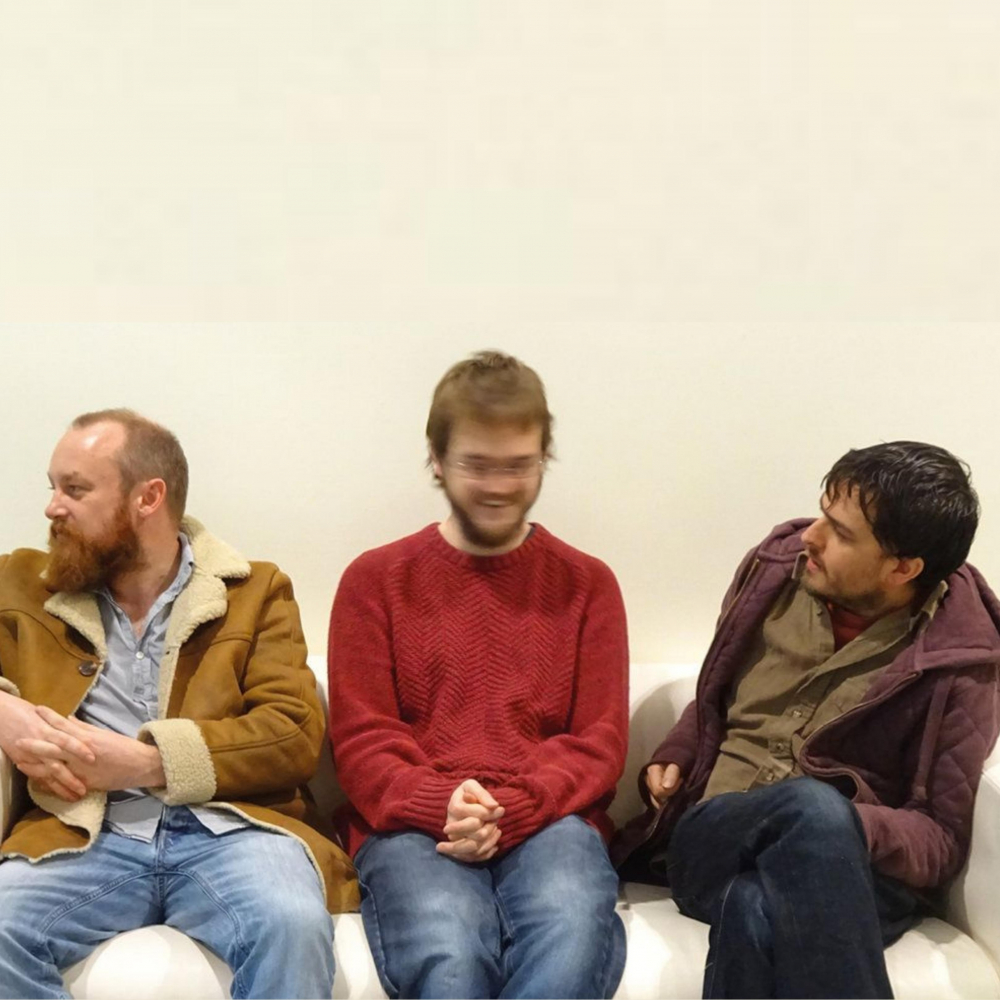 'Revival Room' are Adam Fairhall, Mark Hanslip, and Johnny Hunter - three musicians closely associated with the Manchester's burgeoning creative improvised music scene and is the culmination of a series of long-held friendships. Often playing together in various combinations in other projects, the trio were drawn together by shared principles of collaboration.

The organ trio format has a rich and varied history. The iconic sound of the Hammond organ has historically graced an array of genres, inspiring performers from Larry Young to Emerson, Lake and Palmer. Yet the format has often been overlooked as a medium for exploration, particularly as a vehicle for improvisation and free playing. Revival Room are on a mission to change that, following such contemporary organists as Alexander Hawkins, John Medeski and Daniel Formo.

That combination of tradition and exploration becomes an important guiding principle for this group. Thoroughly acquainted with the musical languages of not just organ trios, but the entire post-bop vernacular, Revival Room spin vibrant new tunes with a distinct sound in this exciting study of the format. 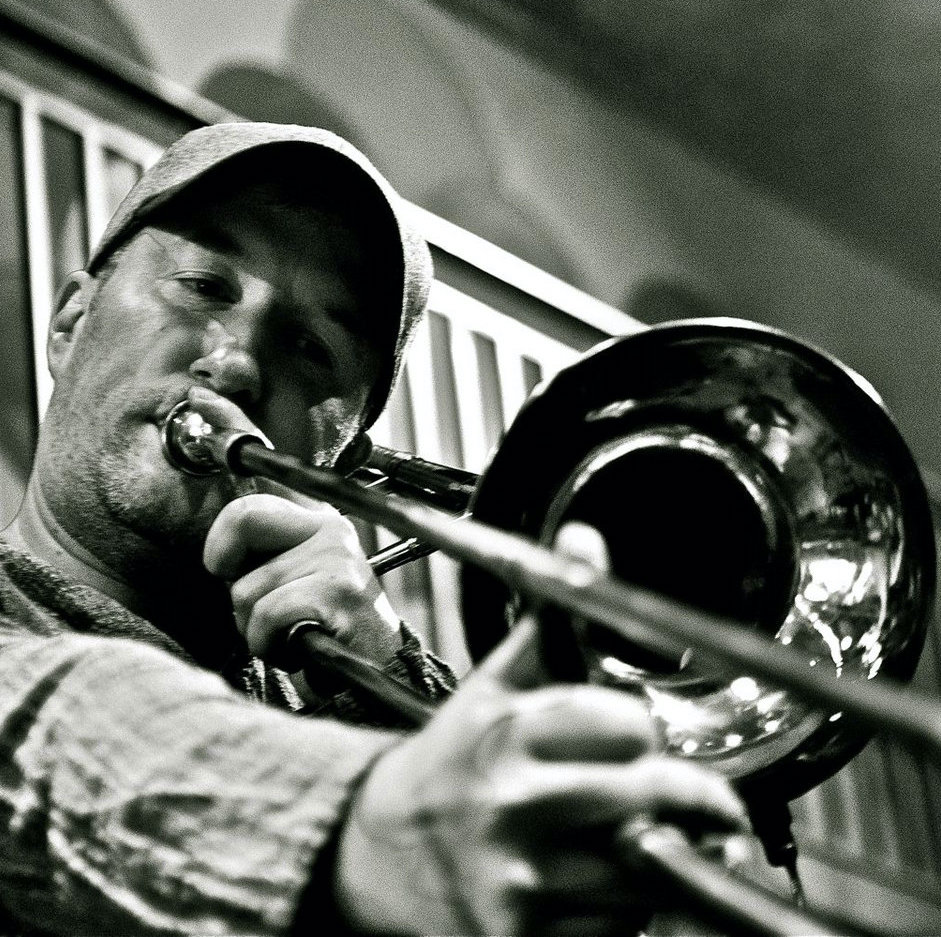 Justin Thurgur is most well known for his work with English folk group 'Bellowhead', who were winners of five ‘Best Live Act’ awards, two ‘Best Group’ awards and the ‘Best Album’ award from the BBC Radio 2 Folk Awards.

He has been collaborating with Kishon Khan since 1996 with Khan’s AfroLatinJazz group ‘The Bonobo Orchestra’ which led to the formation of their CubanFunk group ‘Motimba. More recently they have formed a group with the Afro-Beat maestro Dele Sosimi called ‘Cubafrobeat’, which combines Cuban Rhumba with Afro-Beat.

The creation of Funkiwala Records by Khan and Thurgur was inspired by a desire to draw attention to a community of musicians who, like them, have spent their lives immersing themselves in different musical cultures and coming together to share this collective experience.

This commitment to the idea of sharing and shared musical communication, breaking down borders and creating music that celebrates commonality has been a defining feature of Thurgur’s career. It has been as true of the approach of a group like Bellowhead to the English folk music tradition as to Lokkhi Terra, placing Bengali folk songs with the rhythm section and horn sounds of Cuba, Africa and beyond.

Along with his collaborations with Khan and Sosimi, Thurgur has also worked with the likes of Tony Allen, Damon Albarn’s Africa Express project (which specifically included work with Tony Allen, Cheick Tidiane-Seck and Fatoumata Diowara), Tony Kofi, Bukky Leo, Wara, The Soothsayers, Inemo, Osvaldo Chacon, Roberto Pla, Javier Camilo, The Selecter and The Levellers. He was in the band for the National Theatre production of ‘Fela’.

With Justin Thurgur on trombone,  Kishon Khan on keys, Graeme Flowers on trumpet, Suman Joshi on double bass, Yusuf Ahmed on Drums.
With Dele Sosimi as a special guest.

ON THE ROAD & FESTIVALS 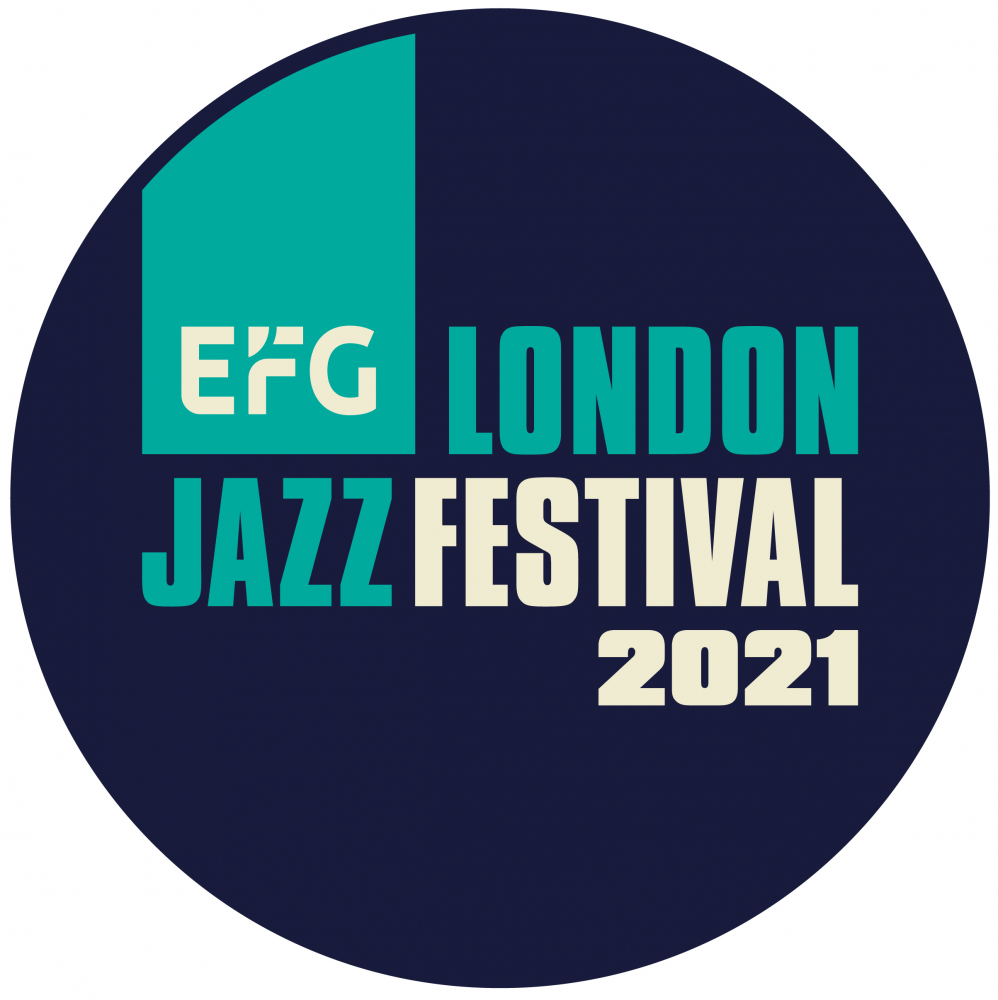 Every year we are proud to be part of the EFG London Jazz Festival.  This year we pulled together an All Star line- up. with Emre Ramazanoglu (Drums/Davul), Rob Lewis (cello), Lewis Wright (Vibraphone), Ruth Goller (Bass), Idris Rahman (Saxophone)

Have a look at the EFG London Jazz Festival website for more info and to stay up to date. 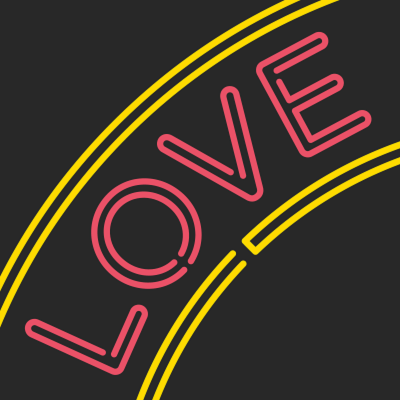 Three blissful days of music in the Lewes countryside.

We debuted with our own small stage at Love Supreme Festival in 2017.
By 2018 year our stage was bigger, brighter, and became the go-to place for a late night hang.
2019 was the best yet.

But 2022 will be the biggest and brightest we've ever done. See you all there! 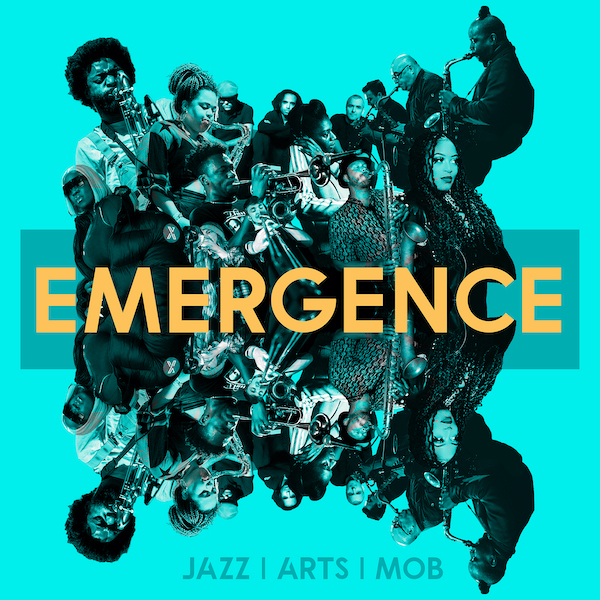 Emergence is Jazz In The Round's series of events for musicians, sonic artists, producers, cross-arts collaborators and audiences. On our feet, in the round, throughout the year.
This year we also headed to the coast for a four day takeover of at The De La Warr Pavilion. With sets from Resonate, Spielzeug, STEAM DOWN, Hexagonal, Yadasofi, Mrisi, Laughta, ILL Considered, DJ Lioness, Queenie and Lioness.

Come to lots of our shows, or need the excuse to start?

Free entry to 10 ONSTAGE Jazz In The Round shows

Access to all of our Jazz In The Round LIVE ONLINE broadcasts via your own members page.

Deals and advance sales on Jazz In The Round special events and other Cockpit music events.

Save money, support new music at The Cockpit and try something new.

We are returning to normal operation where ticket holders choose their own seats on admission to the auditorium. 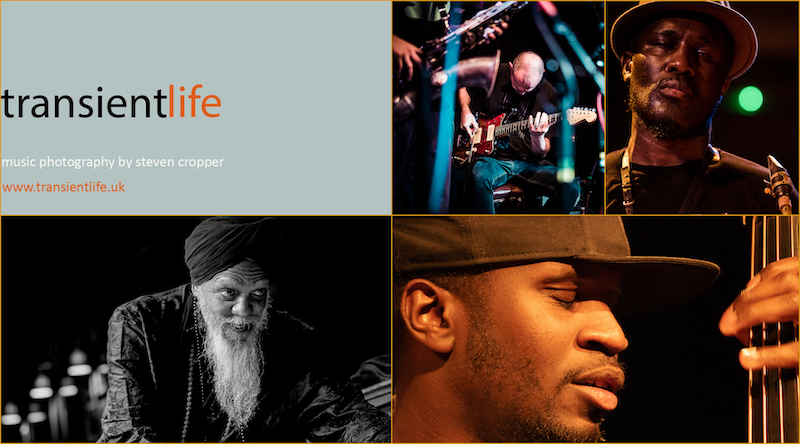 Each month we are lucky to have Steven Cropper taking photographs, and capturing the magic that happens.
Catch up on his work at www.transientlife.uk where you can marvel at his images!

Every month our artist in residence Gina Southgate paints the action as it happens. See her work on display in our foyer, view it on her website, or just come along and watch her live on the night.

(She's been painting along with lots of online jazz broadcasts too, both here and elsewhere. Check out her facebook page to see how brilliant she is, even with just a computer screen to work from!

JAZZ IN THE ROUND IS SUPPORTED BY 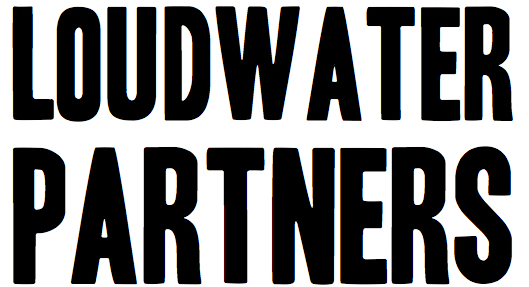 And we couldn't do it without our friend and a long time supporter of Jazz In The Round Loudwater Partners. We thank you.

Take a bow all those who've contributed for free over the years to hold the space and get us here: Jez Nelson, Chris Phillips, Sean Corby, Alex Watson, Richard Wyatt, Steve Cropper, Gina Southgate.
Take a bow Nick Burkinyoung, Akilah Dale, Chris Lince, Deb Jones, Kat Gardner who make each and every event happen with zen quality.
Take a bow The Audience; and Cockpit Supporters of Sound, dozens of whom have been to each and every gig for 7 years.

JiTR set out to provide an open event truly able to reflect and promote the brilliance, beauty and innovation of contemporary jazz in London and the stories of its fabulous musicians.

And we're doing it. So loud applause for all of us  -  In the round. 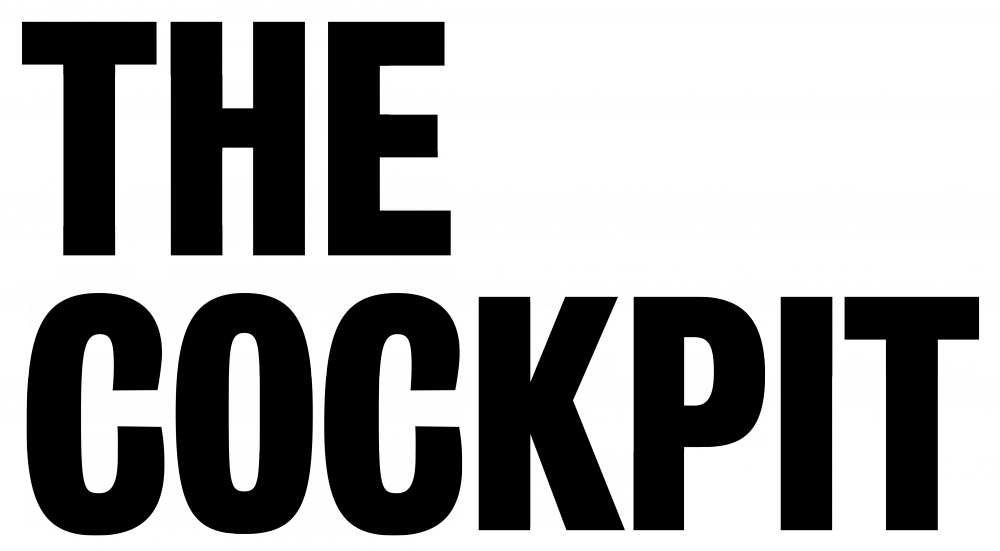 Jazz In The Round is a Cockpit Production.

The Cockpit is supported City Of Westminster College, a part of United College Group

Interested in performing at Jazz In The Round? Email alex_j_watson [at] hotmail [dot] co [dot] uk (subject: Performing%20at%20Jazz%20in%20the%20round) (Alex) to get involved!