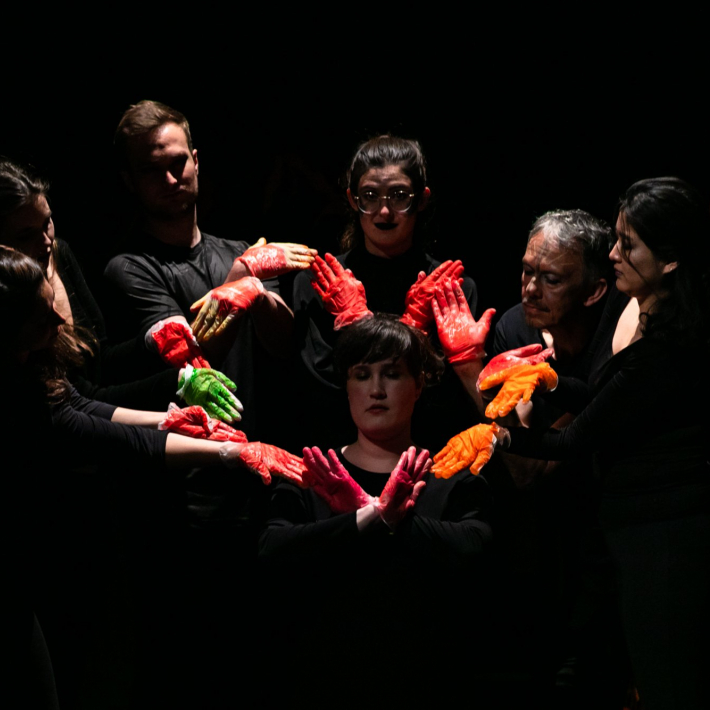 Produced and presented by Ensemble OrQuesta

Hebe, goddess of youth, summons her followers to take part in a festival.

Young French, Spanish, Italians, and Poles rush to celebrate.
The ballet is interrupted by the noise of drums and trumpets. It is Bellona, goddess of war, who arrives on the stage accompanied by warriors bearing flags.
Bellona calls on the youths to seek out military glory.
Hebe prays to Cupid (L'Amour) to use his power to hold them back.
Cupid arrives and decides to abandon Europe in favour of the ‘Indies’, where love is more welcome...

Les Indes Galantes, ('The Amorous Indies’), composed by Jean-Phillipe Rameau (1683-1764), was premiered by the Académie Royale de Musique at the Théâtre du Palais-Royal in Paris on 23rd August 1735. It was a hybrid work written for public entertainment and was performed more than 60 times in its first two years.

Rameau was one of the most important French composers and music theorists of the 18th century, but he was almost 50 before he wrote the first opera (Hippolyte and Aricie, 1733) of the 31 on which much of his lasting reputation now rests. Les Indes Galantes was his second performed opera. The integration of instrumental, vocal and dance elements into a single evening’s performance, with an exotic setting, sumptuous costumes, and elaborate scenery, was very popular during the Baroque period. Rather than offering a single story in several acts, Rameau and his librettist, Louis Fuzelier (1672–1752), opted for a sequence of tales set in far-flung places (the ‘Indes’ of the title represented any remote and little-known place which was therefore considered to be exotic).

Performed in French with English Surtitles