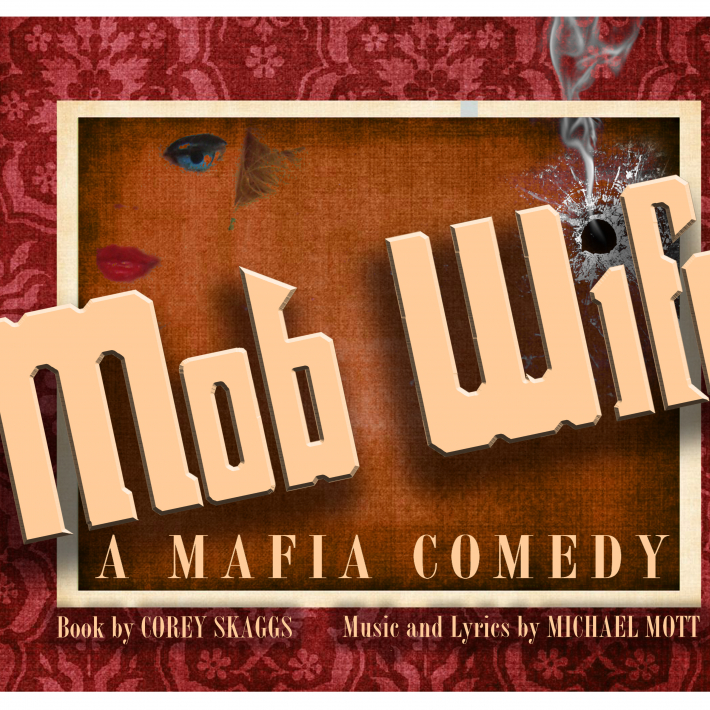 Debra Delbono, a mob wife in the 1970’s, longs for the life she once had. A time when her husband, Tony, thought more about her and less about the stresses of being the Captain of the Staten Island Mafia.

Through a series of mishaps, miscommunications and near-fatal misunderstandings, the two finally rekindle their love - Now they just need to stay alive long enough to enjoy it.

This is a Developmental Workshop Production brought to the UK by Starbuck Theatre Company.

ON THE THURSDAY NIGHT AFTER THE PERFORMANCE MICHAEL MOTT WILL BE PERFORMING IN THE UK FOR THE FIRST TIME WITH A SHORT INTIMATE CONCERT OF SOME OF HIS ORIGINAL SONGS.
This is a separate ticketed event

Corey Skaggs:
Corey is currently working with LDR creative with his play, ‘We Three’ that is currently under development. He has been commissioned to write three movies, one musical, and two TV pilots - working alongside Top Rat Productions, Universal Studios, and CAA. He has developed and produced two successful web series and a short play Off-Broadway. This is the second musical Corey has collaborated with Michael on, and is thrilled to be showcasing MOB WIFE in London with the help of the Starbuck Theatre Company.
Corey Has been a successful actor on Broadway and the West End for 20 years appearing in Love Labors’ Lost, with Joseph Fiennes and Olivia Williams, Sunset Boulevard with Petula Clark, King Lear, The Buddy Holly Story, Trevor Nunn’s Anything Goes, The Ticket and Saturday Night Fever, and Disney’s Mary Poppins to name a few. Corey can be seen in the film, Velvet Goldmine and the BBC’s recording of the Welsh Millennium Center’s Gala concert for the Queen alongside Bryn Terfel.