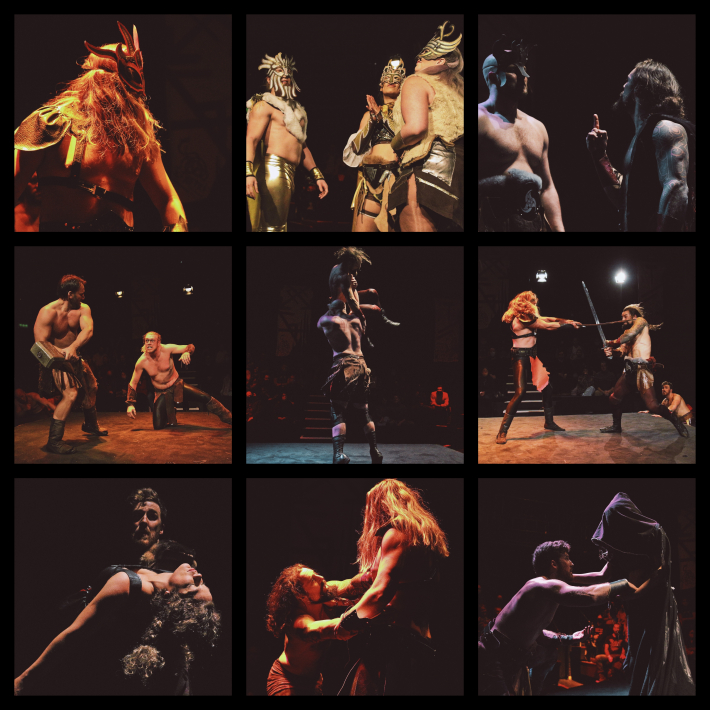 This event is part of:
Theatre Maker

Produced and presented by The Guild

Witness the ultimate Viking myth the way it was meant to be experienced: live in front of your face, and filled with enough Gods, giants, music and fighting to satisfy even the most apocalyptic Norseman.

A truly original reimagining of the rise and fall of the Nordic cosmos, performed in The Guild's own raw, chaotic and inimitable style.

Hear the classic Norse myths interwoven in new and imaginative ways, as Odin ascends from the darkness of the yawning abyss to his high throne in Asgard.

Watch as he and his "Gods" battle rival clans, giants and each other in their attempts to keep the inevitable battle at bay.

Experience The Guild's unique fusion of intimate theatre, live storytelling and ritualistic combat, as they bring our favourite mythology to life...then destroy it again.