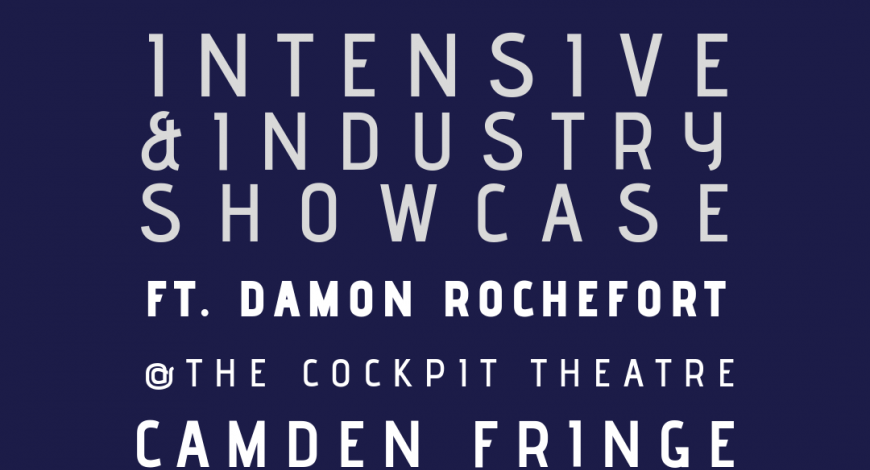 tickets/dates
Produced and presented by Nothing to Perform

This Camden Fringe, N2P are offering an Industry Showcase, featuring a dozen emerging artists performing never before seen work by acclaimed TV writer Damon Rochefort
(credits include Coronation Street, Puppy Love, Getting On, and Birds of a Feather).

Selected scenes will be presented with a post-show Q&A and drinks.

N2P is the creative team that produced Nothing to Perform (★★★★★, The Open Door) and GRIP (★★★★ LondonTheatre1 and WINNER of Audience Choice Award at the International Youth Arts Festival), sources actors for London Film Shool’s MA Screenwriting workshops, and continues to offer free monthly #networkshops for creatives of all disciplines, led by gust-artists like Middle Child founder Ed Cole and vocal looping artist Koko Brown.

“I’ll be watching out for all concerned here, some promising futures abound.”
- Ought to be Clowns

As a core writer of the Coronation Street team, Damon Rochefort has written highlights for the show including the funeral of the legendary Blanche Hunt and Deidre Barlow and the double episode tracking the immediate, heart-breaking aftermath of the 50th anniversary’s tram crash. He also originated a series of online standalone shorts for Corrie, Gary’s Army Diaries, the first of their kind for the show. These were so successful, that Damon was commissioned to adapt them for an ITV 2 one-off of the same name.

NYC native and fellow RADA graduate Harriet Taylor’s direction has been called “innovative and brave” by The Open Door. She has directed at Theatre 503, Mountview Academy of Theatre Arts, RADA Festival, Bloomsbury Festival, IYAF, and at the Tristan Bates. She is Assistant Producer at The Mono Box.

“They are a creative team worth watching out for.”
- The Play’s The Thing