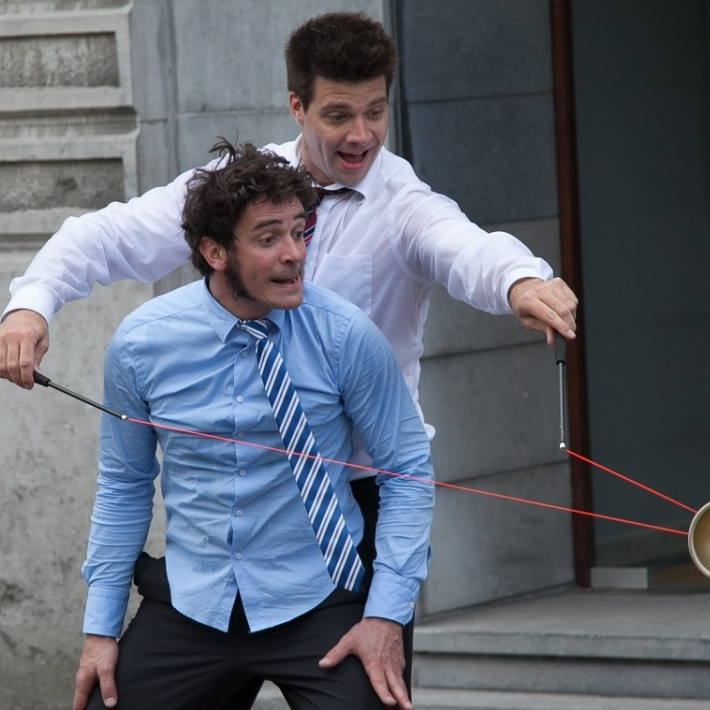 
Ooups!
An original performance combining circus (acrobatics, juggling) and urban culture (dance, beat boxing)
Two traders are on the run after a misappropriation of funds… A crazy, nutty show with an unbridled rhythm, that talks about money in a humorous, musical and visual way.

Ooups! has enormous international appeal for all ages because of its universality, lack of text and current affairs topic: from schools to the general public.

What the press have said:

"The soundtrack creates the atmosphere and the public is involved"  - MiramirO Festival. Niewsblad. Belgium

"A range of expressive techniques, visual and audible animates this show full of humor and action." - Theatre Montagne Magique. Brussels

“Hundreds of people gathered, and it was sublime.” - Kapana.bg Plovdiv, Bulgaria