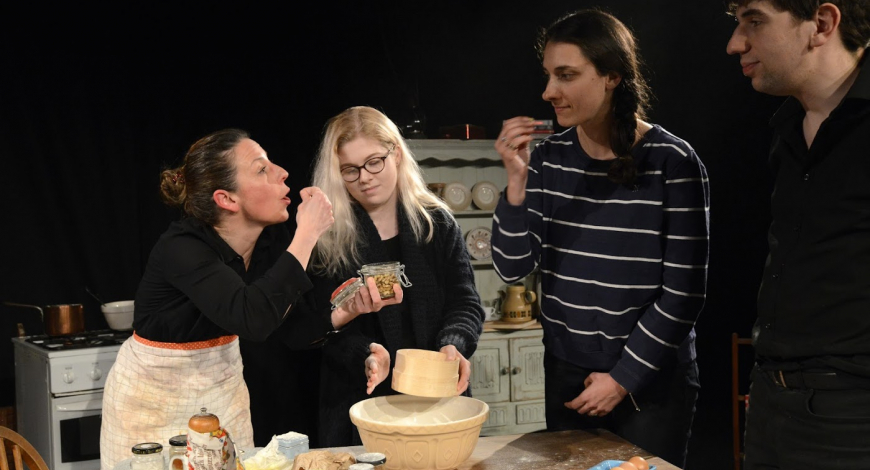 Is 'home' where the journey begins?

Produced and presented by Notnow Collective

Pepper and Honey by Kristina Gavran

So, what’s home? As the era of post-Brexit Britain looms large, that question has never been more pertinent… That’s the question Ana, a young Croatian woman, poses as she settles in the UK.

Written by a Croatian playwright and performed by a Croatian actor, Pepper and Honey is a poignant, subtle and timely play about the journey of change, cultural differences, trying not to feel like a foreigner in your adopted country and the conflict between upholding the traditions of the ‘old country’ and embracing those of the new.

Ana has been on a journey. Croatian born, she’s arrived in the UK, determined to make it home. As she focuses on life in this new land, she is haunted by the voice of her Grandma- calling for her to stay true to national identity and yearning for Ana to come home. As Grandma bakes her traditional Croatian pepper biscuits, (believed to bring a loved one back home), will this be enough to be reunited with her granddaughter?  But what is now ‘home’ to Ana? A play of love, loss, culture, heritage and new beginnings…?

The show is mainly in English, with some parts performed in Croatian.

The show lasts 70 minutes without an interval.

Notnow Collective are committed to developing a new model of contemporary performance and events that are radically inclusive of parents and carers. Co-founded in 2015, we have so far produced and toured nationally 2 shows about parenthood: Wonderwoman The Naked Truth and DadMan The Bathtime Warrior. We are now moving on to examine questions of home/identity, as two native Croatian theatre-makers and migrant mothers, in the year of Brexit and the social changes this is bringing about.