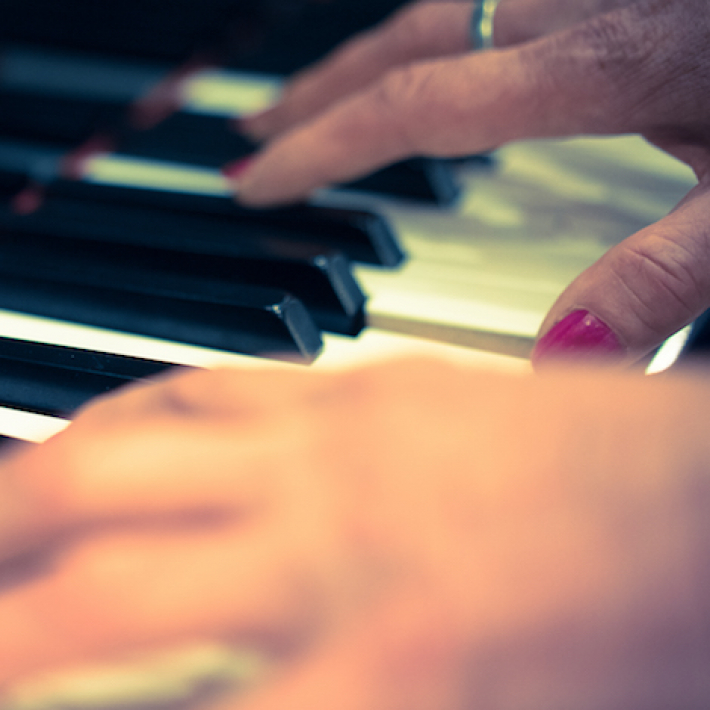 Produced by The Cockpit as part of Beyond Bloodlines

Created and performed by Roger Hill

She always wanted a girl, but we got a piano... and now you have both.

Mandy Romero is working on her piano technique, but from the keys and out of the piano come memories and realizations about a mother - her smiles, her obsessions, her fears, and her consolations.

Mandy Romero is the alter ego of performer and broadcaster Roger Hill..

"I guess it all started when I went round the world in drag in 2001. There was my debut at the Sydney Mardi Gras.There were first outings onstage in Adelaide and at the Albury in Sydney...then singing in a New York Bar

After that I just went for it, and when I was home started to get involved in performance things. First I made a show “Dragging Round The World” based on the book I’d written about my journey. Then, during 2003-4 I was an Associate Artist in Live Art at the Bluecoat Arts Centre in Liverpool. After that it all just rolled....."

ROGER HILL is a freelance director, performer, arts and education consultant, writer, lecturer and broadcaster. He has presented the nation’s longest running alternative music programme on BBC Radio Merseyside for more than 30 years.

His Live Art work, as Mandy Romero, has progressed through a number of projects and positions as Associate Live Artist at the Liverpool Bluecoat Arts Centre, an Arts Council Fellowship in Live Art based at the Cable Factory in Helsinki, a commission as part of the “Cities in Transition” programme in Liverpool, and work with Tate Liverpool.
In 2007 he spent two months in China carrying out Live Art performance research in the Pearl River Delta and Shanghai. Having undertaken this new direction as a Live Art performer/artist he has taught in that area for Liverpool Hope University and the Royal Scottish Academy
​He has played a prominent and active part in the development of Youth Theatre in the U.K, and worldwide beginning in the 1980’s with chairing the National Association of Youth Theatres (NAYT) of which he is now honorary President. His arts advisory work, mainly in the form of a number of influential reports, has been effectual in many localities in the UK as well as in Sweden and other European countries through his sustained involvement in Programmes for the Council Of Europe in the 1990’s. Since 2003 he has developed his educational consultancy work with a series of contracted projects managed for Creative Partnerships Manchester Salford (CPMS) involving research and schools development.
Sunday 12th June - 3.15pm