Tickets
The rise & fall of an African hero. 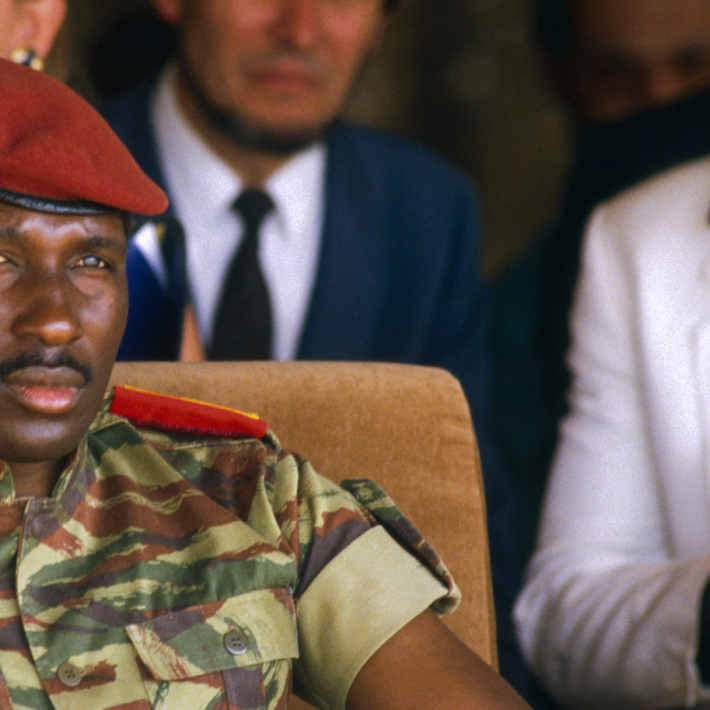 "Homeland or death we will win!"

Sankara brought an unprecedented change in the mentality of his country, refused foreign aid (under the slogan “he who feeds you, controls you”), nationalised all land and mineral wealth, promoted work for everyone to reach food self-sufficiency and build the first railway.

He was also the first African leader to favour women's rights and to appoint them as key Ministers.

He started an ambitious plan to fight desertification by planting thousands of trees, promoted mass vaccination, and overtly denounced the dark mechanisms behind Africa's odious debt (namely World Bank and IMF) which are the cause of today's World crisis, despite the silence of mainstream media about it.

Fully aware of his tragic destiny, and just days before his assassination, Thomas Sankara pronounced the famous words “while revolutionaries as individuals can be murdered, you can’t kill ideas”.

We very much regret that wheelchairs cannot be taken into the auditorium for this show.