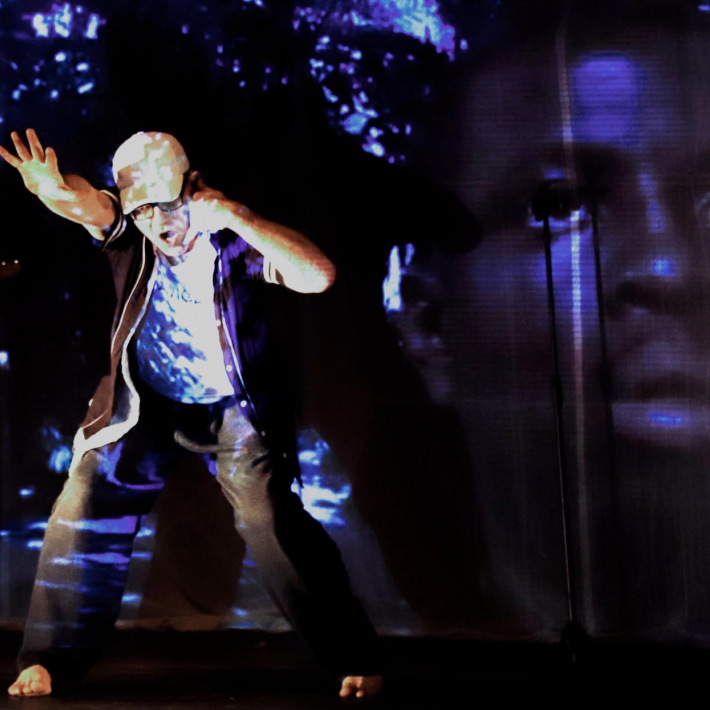 Produced and presented by Signdance Collective

Signdance Collective at The Cockpit

Signdance Pioneers, SDC, and guests present three new works; 'In Between Spaces', 'Oriente Plus/Power Cut', and 'YOU HAVE HALF A SECOND TO IMPRESS ME'.

'In Between Spaces' centres on five characters who perambulate in a world outside of time. A meeting between a Woman and a Man, Time, a Controller and an Oracle takes place in between the space of the digital world and reality.

'Oriente Plus/Power Cut'  by Pedro De Senna,  explores the relationship between a Latin / Caribbean Mother and daughter... a story of power cuts and generators, of crossroads and ocean crossings, of haunted bodies and dancing souls.

73 Degree Films is a production company from Wales, working on film, TV and digital art projects.

Signdance Workshop - Signdance Collective are offering a preview show and workshop package for theatre/ film/ dance students and educators at The Cockpit  on Thursday 31 March.
Come and explore Signdance Theatre techniques and then watch a preview of the show at 1.30pm.

You can follow us on social media @signdanceco and @73degreefilms