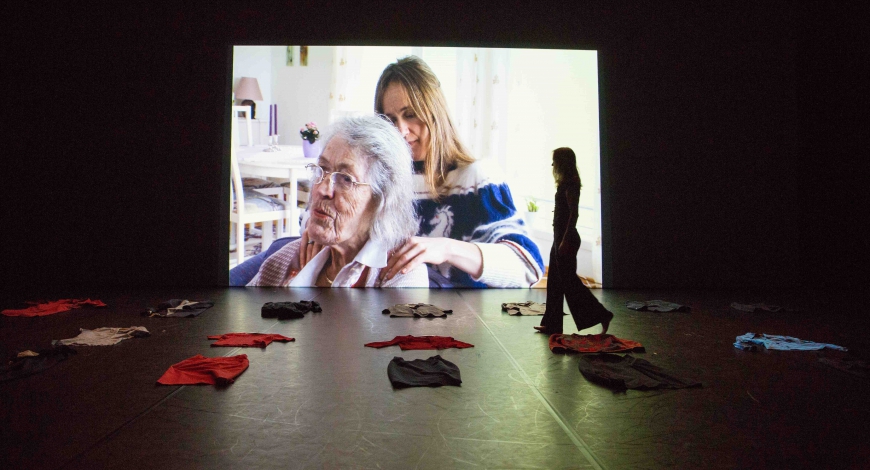 A family faces mortality with love

Produced and presented by Haugen Productions (Norway)
"Sisters - 11 Years Later" by Haugen Productions (Norway) is one of the most successful and widely-toured shows in the company ́s history.  Since its debut in 2014, this contemporary dance performance about family, love, and mortality has played to more than 25,000 audience members throughout Norway, Denmark, Estonia, Lithuania, the Czech Republica, and Canada.  These performances as part of Voila! Europe Festival 2018 is the British premiere.

While a kind of “sequel” to Haugen Productions ́ first duet from 2003, the evening-length performance "Sisters - 11 Years Later" stands on its own, exploring the dynamics of two generations of sisters, and how they deal with loss and death with wit, strength, and affection.  Episodic in form, "Sisters"  alternates between dance solos and duets performed by siblings Liv Hanne Haugen and Anne Katrine Haugen; as well as documentary interviews with their aunts and uncle (in Norwegian with English subtitles).  Sisters - 11 Years Later  mixes media and metaphor, blends humor with pathos, and fuses movement with spoken dialogue.  Audiences who attend "Sisters - 11 Years Later" will not only become intimately acquainted with this family from northern Norway, but also recognize their own family here, too.