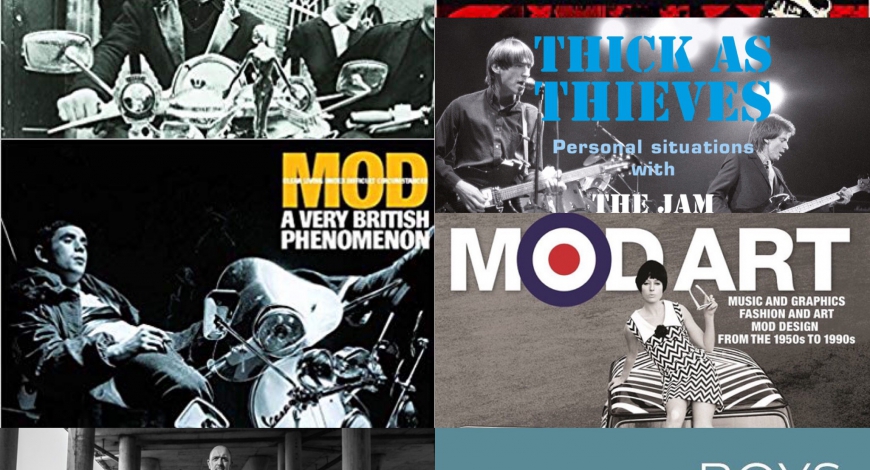 tickets/dates
Presented by AFTN
Hosted by The Cockpit

After the success of the first sold out London Modernist Literary Event at The Cockpit back in 2015, AFTN presents a new show featuring 6 authors who have had much acclaim for their books going back to the late 1970's.

Richard Barnes - Author of books on The Who but more importantly to us, wrote and complied the classic 'Mods' which is celebrating it's 40th anniversary this year.

Paul 'Smiler' Anderson - Smiler will be discussing his latest books, 'Mod Art' and 'The Pocket Guide to Mod', as well as his forthcoming tome, 'Suedehead'.

Claire Mahoney - Writer, blogger and author of 'Welsh Mod' - a high-quality photographic book featuring dressers from the 1960's to the present day.

Eddie Piller & Steve Rowland - DJ and Acid Jazz main man Eddie Piller has teamed up with designer Steve Rowland to produce 'Modzines', a collection of 'mod revival' fanzines from the late 70's and early 80's crafted together in one bumper book.

Stuart Deabill & Ian Snowball have worked together on several books documenting the 'people's' relationship with the likes of The Jam and London Clubland. They will discuss how speaking to original Mods and Mod Revivalists from the 60's and 70's gave them a far more honest and detailed account of the era than most of the books on the market.

Terry Rawlings - Terry has written his own autobiography, 'Bermondsey or Bust' and talks honestly about the many up's and down's he's faced through his own fascinating and at times, hard-hitting life.

Each author will be interviewed in a Q&A style and as ever, the audience be able to ask their own questions towards the end of each session. They will also sign copies of their books after each session in the foyer.

The event is being sponsored by Mod Shoes www.modshoes.co.uk who will have a selection of shoes for sale and our charity partner this year is 'Drum Watford' who will be running the book stall www.drum.btck.co.uk