The Battle of Frog and Mice

Tickets
The frogs & mice are going to war! 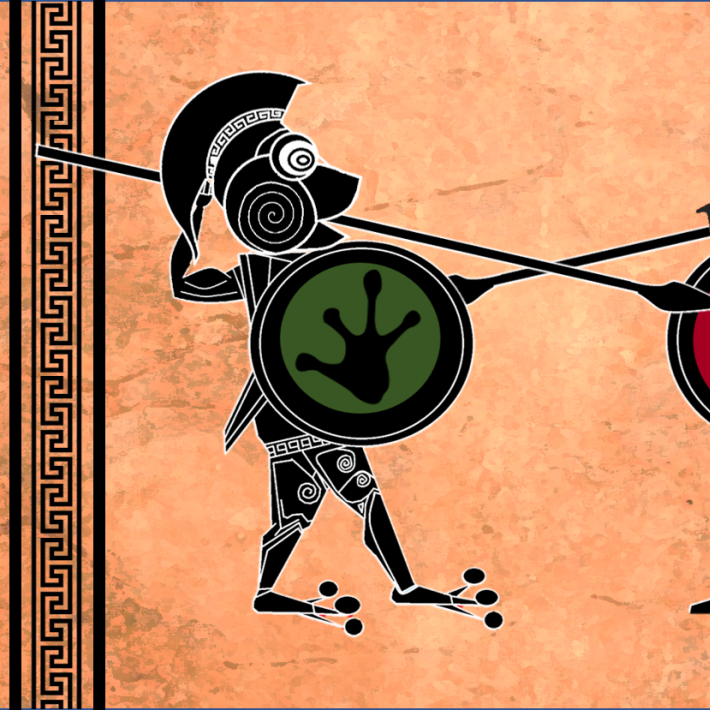 This event is part of:
The Camden Fringe 2021
Produced and presented by Helicon Storytelling

***** "The performances are some of the best I recall at any fringe...a crowning achievement of the dramatic arts!" - Theatre49

A tragedy has struck Bread Nibbler, the king of the mice, and everyone knows who’s to blame: the frogs. Now a battle is coming to the pond and it’s time to pick a side.

Join us for The Battle of Frogs and Mice, a tale originally told as an introduction to epic poetry for the children of Ancient Greece. Three storytellers will guide you through this interactive adaptation, allowing kids to get hands on with traditional storytelling, improvised music and toy-box puppetry. Will you fight for the frogs or the mice?

Helicon Storytelling was founded by Classics graduates with a love of stories old and new. We create live-composed retellings of stories from Greek Mythology, using the formulaic elements of traditional Classical storytelling. We perform in dialogue with live, improvised musical motifs. Every show is different, allowing us to present stories that adapt to the make-up of each audience.

Our mission is to reinvigorate the telling of tales from the Ancient World and engage with a variety of audiences, many of whom may not have had the opportunity to explore the Classical world before.