Tickets
Topical heist comedy about 6 brits who risk it all 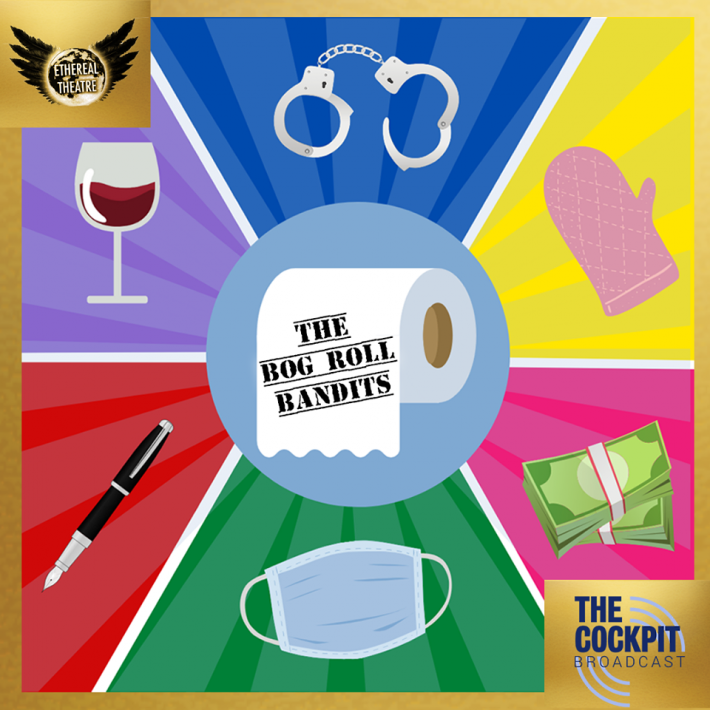 Six neighbours enduring the UK’s Coronavirus lockdown band together, prepared to risk everything to pull off the biggest toilet paper heist of 2020. Set in the magical world of Zoom, with friendships, jobs and Banana Bread on the line, will they succeed?

Ethereal Theatre Company is proud to be collaboration with The Cockpit Broadcast.

The Leader: Theresa Dubois - In charge, confident and blunt as a butter knife

The Second In Command: C.J Galloway - The Self Appointed Organised Assistant. Very straight to the point, but can talk for England.

The Care Giver: Gray Thompson - Always there to help, although she might come across as unhelpful at the best of times.

The Get Away Driver: Tyler Forefeather - Full of food and full of fear. The only reason they invited him is because hes the only one that owns a van.

The (Posh) Advocate: Henrietta Jane Fry II - Heir to the Fry Dynasty, She has ordered 5000 masks online, but they won't arrive till September.

The Advisor: Russell White - The closest they’ve been to prison is when they attended a secondary school Juvenile Detention Centre, But you dont need to know that.

Missed previous episodes? Buy what you need, or the bundle so you get all of them, & watch at your leisure until June 11th.