Available until the 7th March 2021 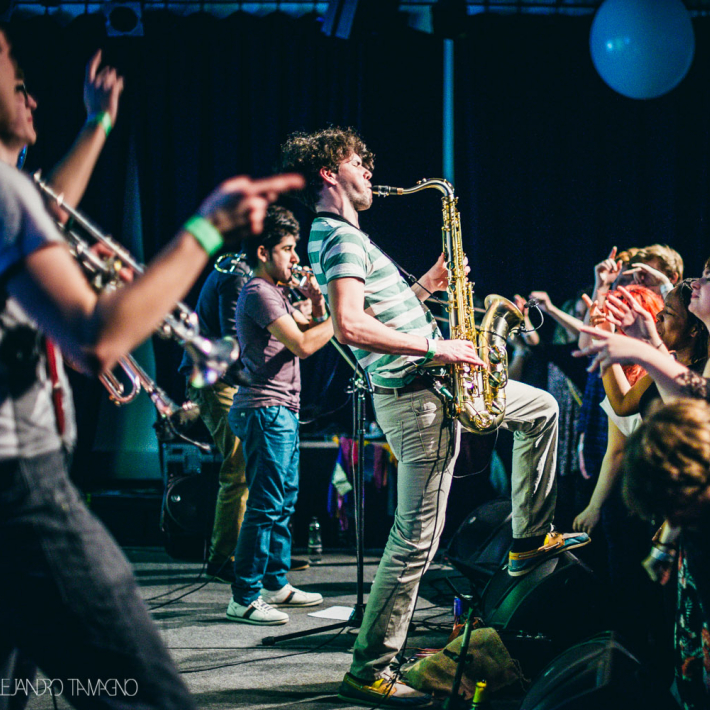 Produced and presented by The Brass Funkeys
A LIVE STREAM from The Cockpit Main Space.

Them available to watch ON DEMAND

A Brass-driven high octane gig to keep you going!

After the cancellation of dozens of live dates in 2020, The Brass Funkeys have not taken lockdown lying down. Instead, the 8-piece brass band are embarking on an ambitious project to release four EPs of new material over the course of this tough period, starting with their studio EP “Crunch”, featuring three pumping, heavy, brass-led tracks, and continuing their exploration of a new genre: #ThrashBrass.

The second EP “Live at Cambridge Junction” was recorded during the sellout launch of Crunch in January, bringing the sound and atmosphere of their high-energy stage show into homes for those yearning for their live music fix during this difficult time. With four tracks careering from New Orleans spirituals to drum and bass, and from latin to balkan, the infectious energy of this EP cements the reputation of The Brass Funkeys as one of the most exciting and original live bands in the UK.

The Brass Funkeys are an 8-piece London-based Brass Band who draw on the traditions of New Orleans. The band have played across the UK and Europe, appearing at a range of high profile venues and festivals including Glastonbury, North Sea Jazz, Love Supreme and Ronnie Scott’s.


*all tickets include a £1 booking fee

Live online on Sunday 21 February - 8pm
Then on demand