The Last Act of HARRY HOUDINI 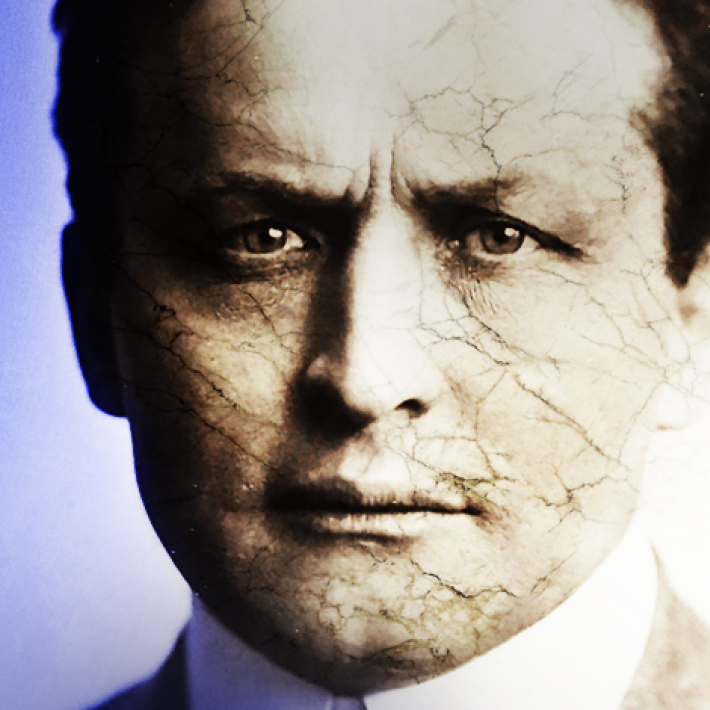 The Last Act of
HARRY HOUDINI

“Horrifying and amusing … original and thoughtful.” The Scotsman

Ten days later, he was dead.

Harry Houdini was a poor Hungarian Jewish immigrant who rose through the Vaudeville theatre circuit to become the greatest showman of the early twentieth century. If he was a pioneer of magic and illusion onstage, off stage he was a force of nature: an aviator in the first days of flight; a movie idol at the birth of cinema and the scourge of the new Church of Spiritualism.

It was his extraordinary private life that sealed his fate.

In this highly acclaimed production, the Master Magician is forced to confront his obsessions with asylums and dance halls, movies and seances until finally revealing confidential show business secrets and the real motivation behind his death defying career.

Somewhere, in this last act, is the answer to what killed the greatest escapologist of all time.

“… the production is a must for anyone with a thirst for fine acting.” Richmond Times

Plus a special late night performance on 31st Oct at 9.30pm
on the anniversary of Houdini’s death.
Which is also Halloween. Which is also Brexit Day. A special day for another master illusionist. Or Not. Get outa that.