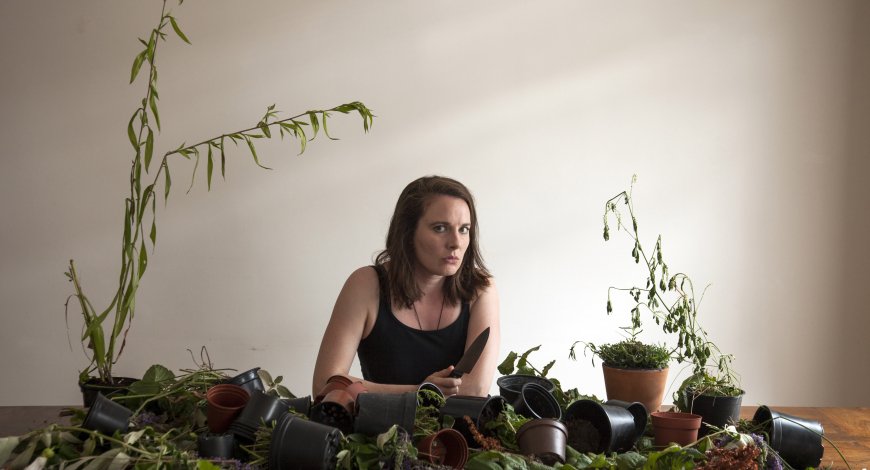 An ancient myth collides with a modern crisis

Produced and presented by The Washing Machine Collective

The Medea Hypothesis uses an ancient myth to address a very modern crisis - is humankind's current path self destructive?
As we seek to give our children every advantage are we securing a way of life that leads to destruction?
In the same way that the original Medea play questions fundamental concepts of what it is to be a mother, The Medea Hypothesis questions what it means to fight for survival, or even the value of life in a world where 'strength in numbers' might only serve to secure destruction.
This reassessment of life's fundamental values is played out by a single mother who doubts any reasonable future for her and her son, and a son who perceives himself and his peers as the cause of tomorrow's global catastrophe.
Running through the core of this play is The Medea Hypothesis - a real life theory by Paleontologist Peter Ward that suggests a malign alternative to nurturing concepts of a Mother Earth - one that instead casts off her children to save herself.

About the company:
The Washing Machine is a London based theatre and performance collective made up of artists of different disciplines and from across europe and the world, spun together by a common interest in the narrative of narratives.
In our work we explore how narratives can develop out of new cultural phenomena and experiences, and yet carry something that is emblematically old.
Whether reimagining the concepts of a prominent play, catching the zeitgeist or building a story around something socially unspoken or unheard - our emphasis is on creating captivating theatrical pieces that encourage fresh thinking from old apparel.

Previous work by The Washing Machine: