Tickets
Venice Intersects With Wembley In A Re-imagining Of The Merchant Of Venice. 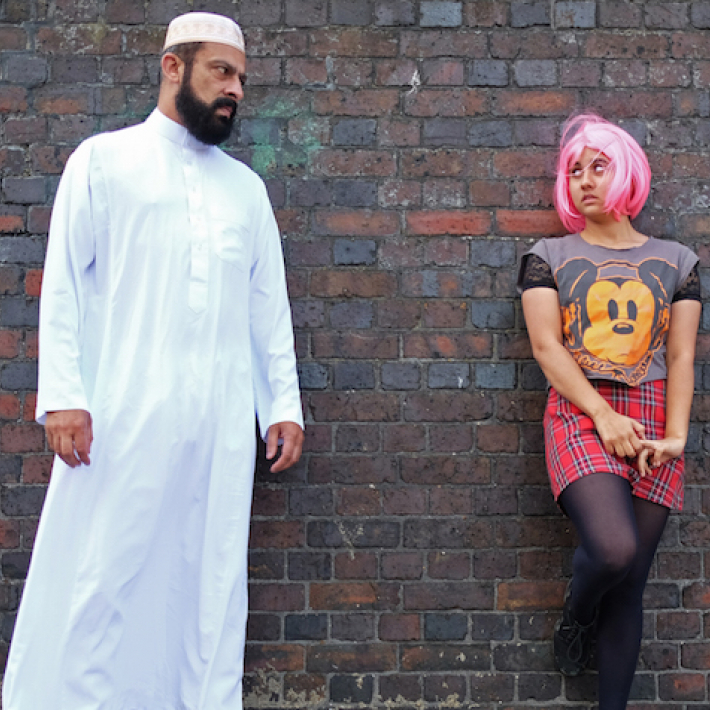 In Shishir Kurup’s Merchant of Vembley -  Venice intersects with Wembley’s Ealing Road in a wickedly funny, wildly inventive and politically provocative re-imagining of Shakespeare’s The Merchant of Venice.

Set in Wembley, London in the here and now.

A tragi-comic, raucous, dark and irreverent work based on Shakespeare’s Merchant of Venice offering a bitingly South Asian perspective. Using music, blank verse and present-day pop references, the play explores how the preponderance of power in one sector of a community can marginalize a minority and provoke reactionary and retributive responses.

Jitendra, a Hindu actor, has fled Bollywood stardom to seek fame and fortune in Hollywood. To secure backing for his “India-Indie flick with crossover appeal” he schemes to marry a rich young heiress, Pushpa Shah, and in the process endangers the life of his best friend, Devendra, by becoming entangled with Devendra’s nemesis, Sharuk, a Muslim money-lender.  Pushpa, is in love with Jitendra, but as per her father’s will, must marry only a man who can pass a multi-media test.

Written in an iambic pentameter replete with Indian, American and Afro-Caribbean jargon, Merchant of Vembley reflects the many different sounds of the South Asian Diaspora as well as the polyglot crackle of London. The play contains songs and incidental music, also by Kurup, influenced by both rock-and-roll and Bollywood movie songs further highlighting the clash/mash of culture that is so evidently the “masala” of the South Asian Diaspora. Merchant explores the nature of empathy and grace as well as blame, personal responsibility and internalized and externalized religious bigotry through the dreams, hopes and biases of the various characters as they pine and connive in today’s multi-cultural London.