The Musical That Goes Right! 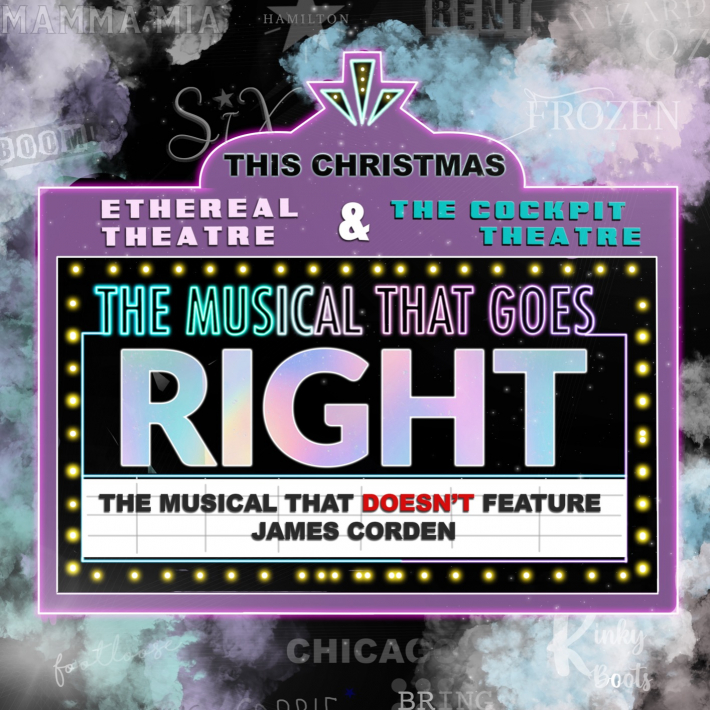 Produced and presented by Ethereal Theatre Company and The Cockpit

From the Company behind the sold out 5* success, Sweeney Todd: The Demon Barber of Fleet Street, London / Edinburgh 2018...and the ‘powerhouse’ Little Shop of Horrors, Edinburgh 2017.

Our troupe of players are putting on the musical theatre show of their lives, but it’s not going to be as easy as Breaker thinks. With Hope trying to downplay her crush on him, Duke taking the spotlight and Nova caught in her own little world, this troupe of players are one step-ball-change away from a string of musical mishaps. Not even musical maestro Fortune can always keep the show on the road. This musical is one for any fan of Musical Theatre. An alternative to Panto this Christmas, no tea, no shade, no pas de bourrée! So get ready for a Musical Theatre extravaganza that will have you dancing in your seats and humming along. It doesn't matter if things go right...or wrong, this will be a night we’ll never forget.

Featuring famous songs from Musical Theatre, punchy dance routines and a dose of light-hearted comedy. This isn't your average Musical darlings! Expect ‘bloody’ good tunes from your favorite musicals, such as Hamilton, RENT, Frozen, Chicago, The Wizard of Oz and much much more.