Tickets
A story about managing expectations. 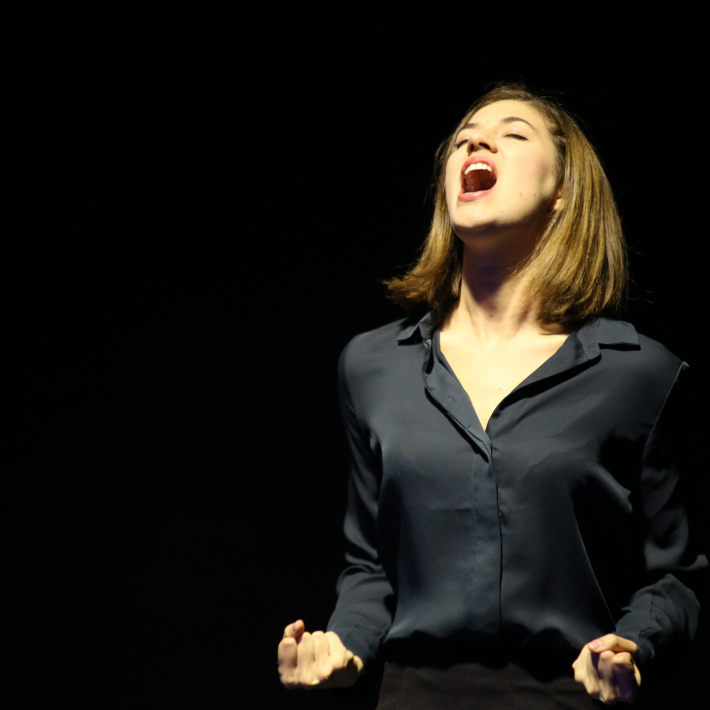 'The Sensemaker' shows a woman battling with an answering machine, trying to meet the impossible expectations of an artificial voice.
Critical of new technologies as well as of bureaucracy, this one-woman show mixes dance, theatre, and even lip-synching, and addresses with irony the fears and frustrations of our interconnected world.
Hilarious yet uncomfortable, 'The Sensemaker' questions our capacities to resist an unjust authority.

Running as a double bill with Anchor at 7pm. Tickets can be bought for individual shows or a discounted double bill ticket.