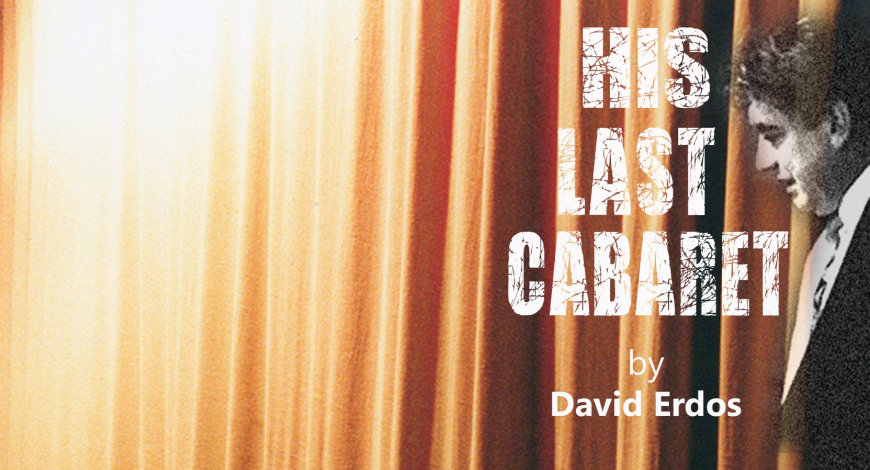 TWO COMEDY SUICIDES is a unique double bill detailing the life, legacies and afterlife of two tragedy steeped masters of comedy from both sides of the Atlantic

Heathcote  William's seminal short play HANCOCK'S LAST HALF HOUR details the remaining minutes of British Comedian and almost unrivalled star of the 1950s and early 60s, Tony Hancock's time on earth, as he sits emptying out a lifetime of refllection and regret in a Sydney Hotel Room in 1968. Having fired first Kenneth Williams, Sid James and Bill Kerr, his immensely popular supporting actors at the peak of his popularity in Britain, he then fired Ray Galton and Alan Simpson, the ground breaking writers who made him, all in the search for so called independence. With his foundations removed and alcohol there to claim him his comedy toppled into bitterness and regret. A last ditch attempt at an Australian version of his former successes led nowhere, forcing Hancock to sack himself. Heathcote Williams' remarkable play takes the poetry of his problems and raises them skyward. In these final moments, the clown in the sky attains grace.

David Erdos' HIS LAST CABARET - ON THE LIFE, LEGACY AND AFTERLIFE OF LENNY BRUCE tells the story of the seismic and so called 'sick'comedian, the king of  American counter culture throughout the same years of Tony Hancock's repute. Bruce was the first comedian to broach the subjects of sex, politics and religion openly at a time when the laws against such things were as stringent as here in the UK. His fearless campaign concerned with the War of the Word and what it was possible for language to convey was tireless and look him from strip joints to the Steve Allen show and in 1963 to Peter Cook's Establishment Club in Soho. At the same time as Hancock was dealing wth the failing of his powers, Bruce was denied the rights to use his, as he entered into a continued series of arrests and prosecutions to do with the specific powers of love. This constant subjagation lead to Bruce's spiralling heroin addiction and his eventual death on a toilet in 1966.

Photographs of the so called hero of the underground naked and dead in his bathroom were published in major newspapers across the state, demeaning the man who became the first martyr of so called free expression. A man who was trampled for what even the blandest stand up does today.

In Erdos's play, Lenny Bruce returns from the dead to give his final routine. The prophet finds his own poetry in the joy of renewal and redresses the balance that in his life brought him down  The play concludes with a form of ascension that sees Lenny truly transcendant, commenting and accompanying the souls of all of those people who should never have suffered, as they looked for the congress between the word and the truth and the heart

Both shows will be performed by David Erdos, as a tribute to two of his great inspirations, Lenny Bruce  himself and the writer of Hancock's Last Hour, Heathcote Williams, David's friend and frequent collaborator.

The performance forms part a writer's theatre approach, in which serving the poetry and resonance of the text is a core element. With writing this potent, actor and object are  there to honour the aims of the pen.

Friday 6th September - 7:30pm
Tickets:
Full price: £10 Concessions: £8
David Erdos is an actor, playwright, critic, poet, director, lecturer, workshop leader, film maker and illustrator with an association with The Cockpit that goes back 25 years. He is a previous winner of The Peggy Ramsay Foundation Award and was The Cockpit's Writer in Residence for ten years. With over 300 professional credits to his name he has enjoyed long associations and connections with many of his heroes, from Heathcote Williams, Harold Pinter, Snoo Wilson and Henry Woolf, to Iain Sinclair, Alan Moore, Andrew Kotting, Chris Petit, David Bramwell and a host of new and established musicians. He has been a Contributing editor for The International Times since 2014. His recent book with the photographer Max Reeves, Byzantium is soon to receive global release and his other books, EASY VERSES FOR DIFFICULT TIMES, THE SCAR ON THE CLOUD, OIIL ON SILVER, CHANGING PLACES WITH LIGHT and NEWS FROM MARS are available from Penniless Press.