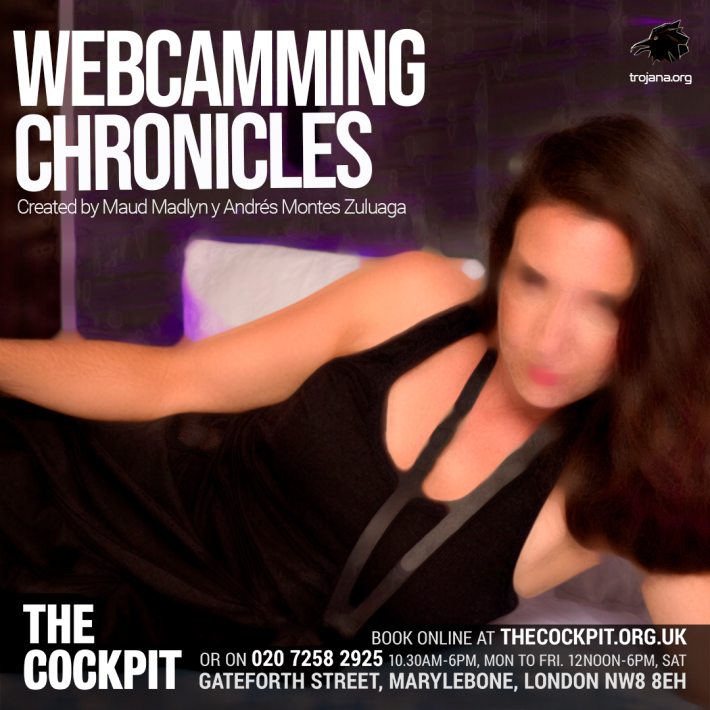 Produced and presented by Madma & LACRA

Welcome to my chatroom bigaudiencemember4u69!

Does the show go behind the scenes of the webcamming industry?  Yes.

Do/Did you work as webcammers? Yes.

Investigators tend to have a premise; what was yours? We wanted cold, hard evidence that sexual violence against women is perpetrated daily by millions of people.

Can I bring my friends who think that your premise is exaggerated? Please do.

Sum it up for me baby? A contemporary labyrinth where gonzo journalism and interviews meet performance, video art, and theatre. An expanded documentary at the crossroad between disruptive art and carefree activism.

*Your free trial has ended.*

TRIGGER WARNING: this show contains partial nudity, sexually explicit language and a distressing account of violence against women. Not suitable for children by any stretch of the imagination.

"what Madlyn and Montes Zuluaga have accomplished is nothing short of amazing." - Breaking the Fourth Wall

"It is an impressive piece of research. (...) Many of the elements, the repetition, the beauty of the spoken word, the elegance of the photography, and even the questionnaires felt suited to a contemporary art gallery." - London Pub Theatres

"The piece is written and performed with a fascinating subtlety that doesn’t prejudge either the performers or punters, but also doesn’t present the gung ho “sex positive” attitude that the phrase “sex work is work” (intended not as the start but the end of any discussion) entails." - ⭐️⭐️⭐️⭐️ View from the Cheap Seats

Webcamming Chronicles is part of Trojana, a stage and cinematographic triptych supported in Colombia by the Secretary of Culture of the Valle del Cauca, the Secretary of Culture of the city of Cali, La Tina Sonido, the Cinematographic Producers’ Salon of the International Film Festival of Cali, the International Theatre Festival of Cali, Takeshima Studios, and supported in Mexico by the Live Art Seed Bed of Pachuca

There will be a Q&A after each performance.