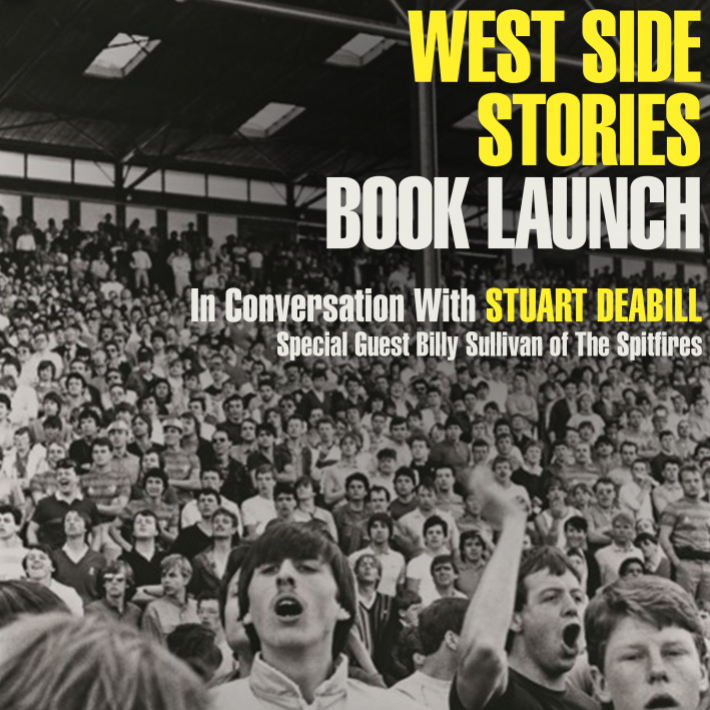 'West Side Stories - Notes From Northolt' is the debut solo book by Stuart Deabill, best known for his acclaimed co-written publications about The Jam and The Style Council.
This collection of autobiographical short stories is written with humour, passion and a pure love of the 'holy trilogy', music, football and clothes.
The funny, poignant, carefree working class tales mirror many lads paths that grew up in the 1970s and 80's - discovering a team to follow, bands to love and the clobber that automatically put you into one of the many iconic youth movements of the time.
And though some of the stories are written about events outside of Northolt, the soul of the area goes with him on each journey. You can take the boy out of Northolt ...
Stuart also regales the readers with his personal experiences of his first Glastonbury, following Chelsea FC, auditioning for TV's Opportunity Knocks, following The Stone Roses around Europe, deportation from Bruges and getting caught up in a infamous international incident at 30,000 feet.

Stuart will be in conversation with broadcaster Joe Dwyer, talking about the book, his early life and what he's learnt from those days in descriptive and humourous detail. He'll also be signing copies of the book which will be available to buy on the day.

Ater the interval, Stuart will be joined by Billy Sullivan of The Spitfires, the band Stuart has gone back to manage and talk about the past, the present and what the future holds for the frontman and the Watford 4-piece.
This will be a talk event you won't want to miss!

"As well as being a wonderful saunter down memory lane, there's some very entertaining stuff tucked away in these pages that are loving, at times laugh out loud frickin’ funny, but also moving too ..."
Gary Crowley, BBC Broadcaster, and Writer.

Stuart Deabill has also written books about Oasis and London Clubland, as well as contributed to many magazines and lifestyle publications.
He currently broadcasts monthly for Totally Wired Radio and is working on 2 new book projects.